For killing his lover, a former Gary detective was sentenced to 18 months behind bars. Fred McKinney pleaded guilty in Lake County Criminal court in January to reckless homicide in the July 2003 beating death of his lover, Michelle Avery...
Avery and McKinney spent the night of July 8, 2003, in McKinney's internal affairs office making love, McKinney has said.
Somehow she became unconscious,
McKinney told detectives... During Thursday's hearing, McKinney's wife of 31 years said she didn't know about her husband's affair with Avery at the time... 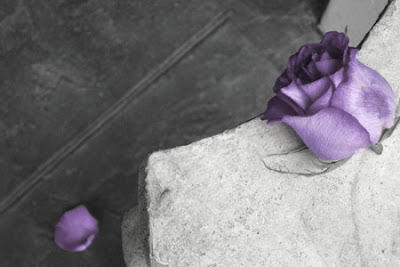 To call it reckless indicates
that the court believed at least to some degree her killer's rendition of what happened and how. McKinney told investigators he had been having an affair with Avery off and on for about 10 years, had sex with her in a police office - and that she fell asleep. (The dead can't speak.) They must have believed him in part even though, according to the the probable cause affidavit, "Fred would get mad at her when he would want to have sex and she didn't want to." They believed McKinney although he never mentioned anything that would have caused injury to Michelle until his second interview - confronted by the autopsy - when he came up with accidently dropping her on head against a desk. Even though - when he says he couldn't wake her - he not only didn't call 911, but he drove her home, had her son and nephew carry her in, and never called back to check on her. There was a hospital only five minutes away.

They believed him EVEN THOUGH Michelle died from massive brain damage - caused by hits to her head. Her face was bruised and swollen. Lake County Coroner David Pastrick said that it was a homicide, with "extensive contusions to the brain consistent with blunt force trauma." Believed even though the coroner said of Michelle's wounds,

"Of course there were or we wouldn't have seen the types of contusions and hemorrhaging on the brain like we did. You're not going to fall and hit the floor and both sides of the head and everything else that was involved -- with these markings."

McKinney did not attend Michelle's funeral, never offered the family an explanation, or even condolences. From 2003:

"...BECAUSE SHE WAS A CITY EMPLOYEE -- A SECRETARY IN THE POLICE CHIEF'S OFFICE -- THE FAMILY EXPECTED THEIR LOVED ONE'S CASE MIGHT GET SPECIAL ATTENTION. "WE'VE BEEN DOING ALL THE REACHING OUT, NO ONE HAS CALLED TO UPDATE US. THAT WAS OUR EXPECTATION, WE THOUGHT THAT BECAUSE SHE WAS ONE OF THEIRS WE WOULD HAVE BETTER COMMUNICATION," AVERY'S COUSIN, CARLA JACKSON SAID IN A TELEPHONE INTERVIEW FROM ATLANTA...
(Source: Family waits for break in case, Post-Tribune, Lori Caldwell, September 22, 2003)

But Michelle's family did not get that. They got nothing. After Michelle's murder the prosecutor said he and his office have "unlimited time" to file charges

It was not until February 2004 that Michelle's killer was even charged - and then, with only involuntary manslaughter and reckless homicide charges. The involuntary manslaughter charge has since faded into the blue mist of plea bargaining, and so the pawdry eight years for stealing Michelle's life was further reduced to the prospect of McKinney serving no time at all.

..."outrageous and bizarre"..."It is difficult to image what actually happened," Charbonneau wrote. At his hearing, McKinney admitted he and Avery had sex in his office, then she
somehow hit her head several times and went to sleep...
"The fact that Avery was found dead the next morning due to blunt force trauma to the head, while grotesquely odd, is not a fact this hearing officer finds relevant to these findings and recommendation"...
(Commission votes to terminate Gary police officer, Post-Tribune, Lori Caldwell, August 6, 2004)

What's the worth of Michelle's life?

Last year I read that Michelle's family was filing a lawsuit against the city of Gary since Michelle died from injuries while at the police department, and claiming that McKinney used "intentional and/or reckless use of force" against Michelle, causing her death. I haven't heard more but I hope it's true. Like OJ Simpson killing Nicole - maybe at least the truth can rise out of subsequent civil suit.
on 5/04/2007