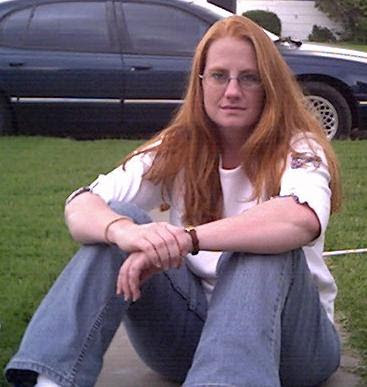 31-year-old mother of two, beloved by many, Erin LeeAnn Wade Jones was murdered earlier this month after breaking up with Dodge City Police Officer Christopher "Chris" Tahah recently - afraid of him, saying she felt stalked. She was shot in the head - her mother says, execution style. Tahah was fired when he became a suspect in her murder. He fled, committed more crimes and is being held right now in Colorado.

I would say justice waits, but what is Justice when Erin is already gone?

On Erin's Myspace, now made private, she wrote

"...I consider myself to be a very kind, down to earth person, a friend to all and I like to show people that life is what you make of it. There's bound to be down times and tragedies in life, but you have to pick yourself up and move on! Lord I know after the year I've had..."
Tahah's page - deleted since the murder - was frightening to me - both in words, the music playing, and the music lined up to play next. I copied it before it was inaccessible also, and here is a section of it - made small and clickable so that those who opt not to see, don't have to:

"You Reaped the Whirlwind, Here Comes the Thunder....