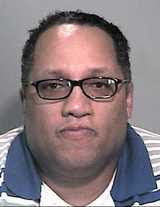 Police Officer Leslie Jones "retired early" from the Akron Police while the investigation into his 5 charges of domestic violence were still in the early stages - MEANING the police department's internal investigation stops, the details don't have to be unearthed, and won't hit his employment records, he leaves without the blemish of an actual finding on his career record - and is eligible to both recieve his pension later, and to apply for police disability now.

Two of the five charges were FELONIES - but those were "AMENDED TO LESSER CHARGES" so he would not be a felon, regardless of what he may have done. THEN the misdemeanor charges of domestic violence and aggravated assault were DROPPED "as part of the plea bargain."

He was sentenced to 60 day jail terms on each of the remaining charges - but all of that was SUSPENDED. Why? If you know, tell me. He gets one measly year of probation.

Today's news reports, "The incident did not involve any physical altercation between the two." but fails to mention him threatening his wife with a knife and yanking out the phone.

and what to not print. Join the PACK, Ed.

Jones' wife is recanting some of her original accusations. GEEEEEE, I wonder why. The police, the judge, and the reporters all seem bent on making sure that whatever she originally said doesn't bring Jones to a point of facing up to his actions.