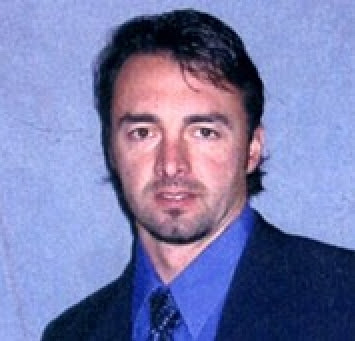 "Laid Off" Undercover Detective Jay Mehring
Spokane Police Department Special Investigations Unit
Detective Mehring - charged now with FELONY THREATENING - called his wife names, made death threats to her in front their kids and two police officers - and his wife says did so repeatedly in the past. He made it clear that he doesn't care what happens to him - even if he loses his job or goes to jail. "I was initially reluctant to seek restraints because I didn't want to negatively impact Jay's job. However, due to the extreme escalation of anger occurring, I now feel I must have some sort of protection for myself and my children... He has told me that he will destroy me, burn down my home with me in it and otherwise completely ruin my life... he will hurt me or the children." Mehring told another Spokane Police Sgt. what he was going to do to his wife also - "Jay said, ‘I’m going to burn that bitch and her house down to the ground… I have nothing to lose and a piece of paper isn’t going to stop me, either.’ " It's looking indisputable. On the bottom of his wife's restraining order against him it says, "Ms. Mehring needs to be in a safe location when Mr. Mehring receives this notice" - with an asterisk.

What to do! What to do!
Of course!
LIFT THE RESTRAINING ORDER!!!!

Spokane Police Officer charged with threatening wife gets restraining order lifted
KREM Spokane
Thursday, May 3, 2007
The Spokane Police Officer charged with threatening his estranged wife returned to court Thursday morning seeking to lift a restraining order placed on him. The judge agreed to lift the restraining order and allowed Officer Jay Mehring to see his children. Mehring was also given permission to leave the state so he can take a construction job in Montana. Mehring was laid-off by the police department and is not being paid.

HE SHOULD BE INCARCERATED ON NO BOND.
HE WAS INCARCERATED FOR 80 MINUTES TOTAL - WHILE HE WAS STILL CRAZED.
THAT'S THE WAY IT ROLLS.
NO SURPRISES HERE.