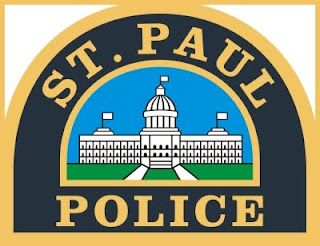 DECORATED OFFICER FACES CRIMINAL CHARGES
WCCO
Jan 13, 2010
[Excerpts] A St. Paul police officer was honored for bravery when she and her partner shot a man armed with a knife during a domestic on the city's eastside. Now, she is facing criminal charges and may lose her job. Officer Jessica Phillips was charged Wednesday with gross misdemeanor charges of harassment and using a department computer for personal use. According to the criminal complaint, Phillips was sending numerous sexually explicit messages to a woman who dated her ex-boyfriend. She is also accused of repeatedly looking up records regarding that woman and Phillips's ex-boyfriend in the Department of Motor vehicles... Phillips has filed an Order for Protection against her former boyfriend for an alleged domestic abuse... Her attorney said Phillips has been ostracized by the department while officers have rallied around her ex-boyfriend. The St. Paul Police department is conducting an internal investigation of the ex-boyfriend and has been on an administrative assignment until it is resolved. Phillips' attorney said it is prejudicial against her order for protection case that he is still working while he's being investigated... [Full article here]

PURPORTED LOVE TRIANGLE LANDS ST. PAUL COP ON LEAVE
Star Tribune
Last update: January 13, 2010 - 9:01 PM
[Excerpts] ..."Apparently, this is a love triangle," said Martha Holton Dimick, deputy city attorney for the city of Minneapolis, which is handling the case to avoid a possible conflict of interest. "It's pretty ugly." In one of the tamer phone messages, officer Jessica Phillips, 28, allegedly stated, "We had sex probably 10 times this month and I have actual pictures and digital camera to prove it," according to the complaint filed against her Tuesday in Ramsey County District Court. She has been charged with two counts of harassment, both gross misdemeanors, and unauthorized computer access, also a gross misdemeanor. The latter charge stems from Phillips' alleged searches of state driver and vehicle services records for the alleged victim, the victim's ex-husband, as well as Phillips' sex partner -- who also is a St. Paul police officer, police spokesman Sgt. Paul Schnell said Wednesday... The events described in the complaint allegedly occurred between May 2008 and September 2009... [Full article here]