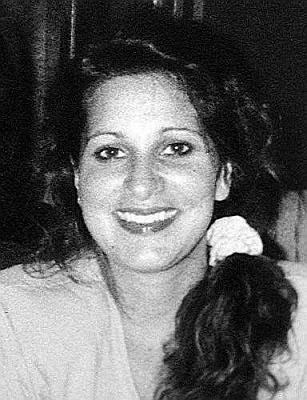 Kathleen Savio
...At the upcoming hearing, [Ex-Bolingbrook Police Sgt. Drew] Peterson could face up to 60 prosecution witnesses - ranging from a man he allegedly solicited to kill his third wife, Kathleen Savio, to his stepbrother Thomas Morphey, who claims he was asked by Peterson to kill his fourth wife, Stacy Peterson, and that he later helped carry her body out of the family home in a blue barrel... 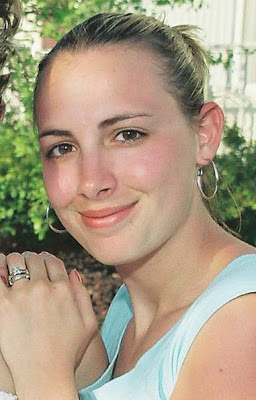 DREW PETERSON CASE: JUDGE TO KEEP 'HEARSAY' HEARINGS OPEN
Ex-Bolingbrook cop accused of drowning his third wife
Chicago Tribune
By Steve Schmadeke Tribune reporter
January 9, 2010
[Excerpts] Public access to court proceedings trumps potential contamination of the jury pool, a judge said Friday in a high-stakes ruling as attorneys prepare for a first-of-its-kind hearing in the bizarre and complex case against Drew Peterson. Prosecutors expect to lay out much of their case against Peterson - a former Bolingbrook police officer charged with drowning his third wife - at a Jan. 19 hearing required under a new state law on hearsay evidence. Peterson's attorneys took the rare step this week of asking a judge to seal the courtroom for the hearsay evidence proceedings, claiming news coverage could prejudice potential jurors. Will County has become the first court to really grapple with the new hearsay law, which some have called Drew's Law. Hearsay includes any evidence based on what witnesses hear others say, as opposed to what they have experienced themselves. Before the change to the state law, hearsay evidence was typically inadmissible in most Illinois proceedings... "I don't see anything at this point to close the proceedings" to the public, [Judge Stephen] White said in announcing his decision... [State's Attorney James] Glasgow mentioned in passing the infamous closed-door proceedings of the Spanish Inquisition while stating that the public should not be barred from the hearing... Peterson is being held in lieu of $20 million bail in the death of Savio, found drowned in the bathtub of her Bolingbrook home. Though her death was initially ruled accidental, Savio's body was exhumed after the disappearance of Peterson's fourth wife, Stacy, in 2007. A second autopsy determined Savio's death was a homicide. Stacy Peterson has never been found. Authorities have named Drew Peterson the sole suspect in her disappearance... [Full article here]

STAR WITNESS IN PETERSON CASE PREPARES FOR HEARING
Chicago Sun-Times
January 7, 2010
A potential star witness in the murder case against Drew Peterson paid a visit to the Will County State's Attorney's office Wednesday to prepare for a landmark hearing on hearsay evidence slated to be held in 12 days. Thomas Morphey, Peterson's stepbrother, dropped by the state's attorney's office about 10 a.m., sources said. Morphey claims to have helped Peterson dispose of the body of his missing fourth wife, Stacy Peterson... Morphey told the Herald-News in an exclusive interview in March that he and Peterson carried a blue barrel from Peterson's bedroom to the disgraced former Bolingbrook cop's waiting sport-utility vehicle hours after Stacy Peterson was last seen alive. Morphey said Stacy Peterson's dead body was in the barrel. Morphey received immunity from the state's attorney's office within days of Stacy Peterson's October 2007 disappearance and the State Police hid him out in various locations for months before allowing him to return to his home and family in Bolingbrook. Besides helping Peterson carry out his wife's body in a barrel, Morphey said Peterson solicited him to murder Stacy the week before she disappeared. Peterson also asked Morphey to rent a storage locker for him, he said, but he declined to do so... [Full article here]

PETERSON PRETRIAL HEARING WILL BE OPEN TO PUBLIC
Chicago Sun-Times
By Joe Hosey
January 9, 2010
[Excerpts] ...At the upcoming hearing, Peterson could face up to 60 prosecution witnesses - ranging from a man he allegedly solicited to kill his third wife, Kathleen Savio, to his stepbrother Thomas Morphey, who claims he was asked by Peterson to kill his fourth wife, Stacy Peterson, and that he later helped carry her body out of the family home in a blue barrel. Peterson is charged with drowning Savio in 2004. State Police suspect he also might have killed Stacy Peterson, who vanished in October 2007. Peterson has not been charged in connection with her disappearance... [Full article here]