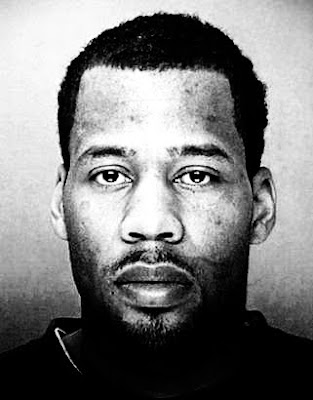 A PHILADELPHIA COP WAS ARRESTED YESTERDAY FOR ALLEGEDLY BEATING HIS GIRLFRIEND AND THREATENING TO KILL HER FAMILY... OFFICER MICHAEL MINOR, 36, A TWO-YEAR MEMBER OF THE FORCE ASSIGNED TO THE 12TH DISTRICT, IN SOUTHWEST PHILADELPHIA, WAS CHARGED WITH SIMPLE ASSAULT, HARASSMENT AND MAKING TERRORISTIC THREATS... COURT RECORDS SHOW THAT MINOR WAS ARRESTED IN 2003 FOR SIMPLE ASSAULT, POSSESSING INSTRUMENTS OF CRIME AND RELATED OFFENSES, BUT HE WAS CLEARED OF THE CHARGES...

PHILA. OFFICER CHARGED WITH ASSAULTING GIRLFRIEND
Philadelphia Inquirer
By Kristin E. Holmes kholmes@phillynews.com
Jan. 28, 2010
[Excerpts] A Philadelphia police officer was arrested yesterday on charges that he assaulted his girlfriend and threatened to "shoot the family" during an altercation at the couple's Upper Darby home. Michael Minor Jr., 36, a Philadelphia officer for two years, was charged with assault, terrorist threats, and harassment. Bail was set at $50,000, and a preliminary hearing was scheduled for Feb. 5. Minor, who also has a home in Southwest Philadelphia, has been put on paid administrative duty pending an investigation, Philadelphia police said in a statement. They declined to comment further... Minor's girlfriend, 26, told police that she had been hit in the face and dragged off the couch onto the floor. The alleged altercation happened while the couple's two young children were in the home... Minor left before police arrived. His girlfriend told authorities that he had threatened to come back and "shoot the family"... Michael J. Chitwood, Upper Darby police superintendent, said domestic-violence cases were exacerbated when they involved officers because police are expected to protect the community. Minor's girlfriend had swelling on the right side of her head, scratches on a shoulder, and bruises on her neck... She told hospital staff that she had been "assaulted, choked, punched in the face multiple times, and kicked by her son's father"... He earlier worked as an officer for the Pennsylvania Department of Corrections... [Full article here]

PHILLY POLICE OFFICER FACES ASSAULT CHARGES
Delaware County Daily Times
Linda Reilly
Thursday, January 28, 2010
[Excerpts] ...Police Superintendent Michael Chitwood reported Officer Randy Desrosiers and Sgt. Anthony Vaughn responded to a 911 call for an alleged domestic assault 1:45 a.m. Wednesday at the Clover Lane residence... The Philadelphia Police Department was contacted and Upper Darby Capt. George Rhoades and Philadelphia Internal Affairs officers went to Minor’s Philadelphia address, where his mother resides. “He was not there, so they went to Clover Lane and he was arrested there (at approximately 2 p.m.). Philadelphia police (were) right with us. They assisted us all the way through”... Chitwood was not aware of any previous calls for assistance to the Minor household. “When a police officer is involved, it’s exacerbated because police officers defend life and property,” Chitwood said. “We’re held to a higher standard. He was handled the same way any other accused would be handled.” According to Rhoades, because a police officer was involved, the detective division stepped in to investigate. “What was most troubling was that he threatened to come back and shoot the family,” Rhoades said. “There were no firearms found at the home in Upper Darby. The weapons were at his sister’s house (next door to the mother’s) in Philadelphia. Internal affairs retrieved the guns.” Magisterial District Judge Ann Berardocco arraigned Minor on charges of simple assault, terroristic threats and harassment and he was detained in lieu of posting 10 percent of $50,000 bail. Berardocco specified that Minor have no contact with the victim and not be within a one-block radius of her home pending a preliminary hearing Feb. 5 before Magisterial District Judge Christopher Mattox. Minor will be assigned to desk duty when he is released from county prison, according to police officials. [Full article here]

CITY COP FACES DOMESTIC-ABUSE CHARGES
Philadelphia Daily News
By William Bender & David Gambacorta
benderw@phillynews.com 215-854-5255
Thu, Jan. 28, 2010
[Excerpts] A Philadelphia cop was arrested yesterday for allegedly beating his girlfriend and threatening to kill her family during an early-morning domestic dispute in Upper Darby. Officer Michael Minor, 36, a two-year member of the force assigned to the 12th District, in Southwest Philadelphia, was charged with simple assault, harassment and making terroristic threats... Gerald Stanshine, a lawyer with the Fraternal Order of Police, said he hadn't yet spoken to Minor, but had questions about what happened inside the girlfriend's house. "I understand that the complainant's story changed from what she told the police to what she told hospital personnel, and I believe she invited him back into her house this afternoon," Stanshine said before Minor's arraignment last night. "So I have my doubts about what actually occurred." Minor, an ex-Marine and former corrections officer, is expected to be placed on desk duty pending a review of his case... Court records show that Minor was arrested in 2003 for simple assault, possessing instruments of crime and related offenses, but he was cleared of the charges. [Full article here]
[police officer involved domestic violence oidv intimate partner violence (IPV) abuse law enforcement public safety lethal pennsylvania state repeat hx]
on 1/28/2010