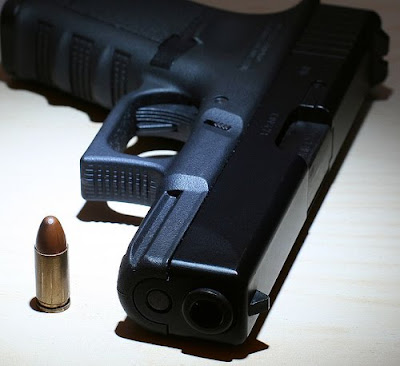 MILLARD SOUTH SHOOTING: SUSPENSION IGNITED FURY
Omaha World-Herald
By Henry J. Cordes and John Ferak, et al
Published Thursday January 6, 2011
[Excerpts] Robert Butler Jr. was pulled from his first-period class Wednesday at Millard South High School, summoned to the school office to face the music. A school security camera had caught the 17-year-old senior — who transferred to the school this past fall — driving across a school football field. Assistant Principal Vicki Kaspar informed him of his penalty: a 19-day suspension. Butler was escorted out of the school. Sometime afterward, he posted an item on Facebook about the “evil'' that the school had driven him to. As the lunch period wound down in the suburban Omaha school's buzzing halls, the meaning of those words became clear. Butler returned to Kaspar's office, this time brandishing a handgun. He shot the 58-year-old administrator, mortally wounding her, then fired on Principal Curtis Case. Butler, the son of an Omaha police officer, then fled by car. Omaha police found him about 35 minutes later in a parking lot, dead from a self-inflicted gunshot... It is believed to be the worst school shooting incident in Nebraska history. After Wednesday, Millard South joins the long, sobering list of schools around the globe that have been devastated by disaffected students with guns... Butler's father is Robert Butler Sr., an Omaha police detective. Omaha police officials released no details on the handgun that the young Butler used, though The World-Herald has been told it was his father's Glock .40, a common police service weapon... Butler, who reportedly had not had previous disciplinary problems at the school, was pulled from his first class by a school security officer and brought to Kaspar's office between 8 and 8:30 a.m. She imposed the suspension after the damage to school property. Kaspar also called Butler's father in his presence... His father did not pick him up, so it was unclear how he left the school or where he went. It also was unclear what time Butler made his Face­book posting. The indefinite time stamp for the status update, made via a cell phone, makes it appear that it could have been either just before or just after the shootings. Either way, the words he wrote are chilling. “ur gomna here about the evil s--- I did but that f---- school drove me to this,'' he wrote. “I greatly affected the lives of families ruined but I'm sorry. goodbye.'' Butler reappeared on the school campus about 12:45 p.m. He walked past an unarmed security guard and into the main attendance office, where Assistant Principal Kaspar worked. He opened a latch to get behind a counter where four secretaries are stationed and walked into Kaspar's office, just feet away. Without saying a word, Butler shot Kaspar with a handgun as she sat behind her desk, hitting her three or four times in the upper torso. Responding to the commotion, Principal Case bolted out of his office across the hall. Butler exited Kaspar's office and shot Case two or three times from about five feet away, hitting the principal in the back and hip. As Butler left the school office, he fired wildly twice down the hall... Police found the red Accord about 1:25 p.m. in a parking lot near 148th and D Streets, about a mile from the school. Officers approached the car and found Butler dead behind the wheel from a self-inflicted gunshot wound. Police announced about 9 p.m. Wednesday that Kaspar, too, had died of her wounds... [Full article here]

UPDATE: MILLARD SOUTH SHOOTING VICTIM DIES OF INJURIES: Suspect found dead of self-inflicted gunshot wound
wowt.com
Posted: 1:05 PM Jan 5, 2011
Updated: 1:52 AM Jan 6, 2011
[Excerpts] ...Butler posted a message on a social media Web site (see photo below). “Everybody that used to know me, I'm sorry but Omaha changed me and the school I now attend is even worse. You're going to hear about the evil I did, but that school drove me to this. I want you guys to remember me for who I was before this. I greatly affected the lives of the families ruined, but I'm sorry. Goodbye”... Westside Church at 156th and Dodge and Christ Community Church at 108th and Dodge held prayer services Wednesday evening. Late Wednesday, a candlight vigil that began with a dozen students grew, in a half-hour, to more than 200 standing outside the main entrance to Millard South -- as close as you could get without going around the crime tape. Students held candles and prayed... [Full article here]
[police officer involved domestic violence oidv intimate partner violence (IPV) abuse law enforcement public safety fatality fatalities murder-suicide nebraska state child children service weapon guns gun glock toddler teen teenager gun safety]
on 1/06/2011