[IL] Char Rappley is dedicated to making a difference for officers 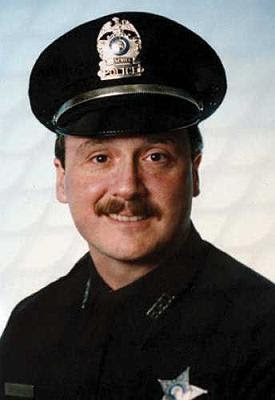 ..."He was worried about not presenting himself as capable police officer,"... His widow now is telling his story in hopes of bringing new attention to the problem of police suicide. "After about six months of wallowing in my sorrow, I just had the need to turn it around"... Rappley has made her life's mission the establishment of suicide awareness and prevention programs during officer training...


Widow campaigns to help cops cope
Aurora Beacon News, IL
By Erika Wurst
December 18, 2007
If anyone were going to see it coming, it would have been her. But nothing could have prepared Char Rappley for what she read in a note she found hanging casually from her family's kitchen cabinet in December 2006. "I'm in the bedroom. I've taken my life. Do not come in the room... call police." It was her husband's writing. "As informed as I was during Mike's illness, it's strange that I didn't know he was at that point," Rappley said about her husband, an officer with the Batavia Police Department. Mike Rappley had been struggling with depression and post-traumatic stress disorder for years, and Char Rappley had known it. "I knew he was struggling, but I didn't know his thoughts were suicidal." 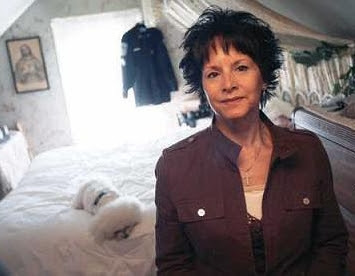 Then again, police officers are very good at hiding things, Rappley said... the officers will keep their feelings inside, like her husband often did. She wants that to change. According to the National Police Suicide Foundation, suicide is the No. 1 killer of police officers... Rappley has
made her life's mission the establishment of suicide awareness and prevention programs during officer training... Speaking to criminal justice and behavior studies students at local community colleges is one way Rappley is evoking change... "If they're aware of the symptoms (of post-traumatic stress disorder) right off the go, they can get it taken care of before it takes on a life of its own," she said. The inability to get certain images out of one's head, hyper vigilance, and a change in emotional behavior are all key signs of PTSD after a crisis on the job, Rappley explained... "Who knows? Five years down the road maybe something I said will click in their mind (and they'll get help)...
[Full article here]

Police Suicide: The Blue Wall of SIlence
MyFoxChicago
SaxInTheCity's Blog
by SaxInTheCity from Chicago
Sep 3, 2007
...Cop culture often prevents officers from admitting they're struggling with a problem, prevents them from seeking help for fear it will demonize them as inept, incapable, untrustworthy. There are career aspirations to keep in check, superiors to please. What if revealing their troubles causes their partner or fellow officers to question their abilities to function in a crisis--to have their backs? These are scary scenarios that most cops never want to encounter. People who've lost loved ones to suicide don't often like to talk about it publicly. Muliply that unwillingness by 100 when the suicide involves a police officer. The stigma, it seems, is that much greater. Below is an elongated version of the story that aired on 9/3/07. In an exclusive interview, we speak to Charlotte Rappley, the widow of a Batavia police officer who committed suicide less than nine months ago, in December 2006. She talks publicly for the first time, and about her determination to make sure other Kane County police officers get help before this kind of tragedy happens again. We also reveal some little-known stats about the Chicago Police Department, and we learn about new plans to keep officers safe in in Dupage County... If you'd like to contact Charlotee Rappley, she welcomes your thoughts at charrappley@comcast.net. Below is [also] an unaired excerpt from my interview with Dr. Nada Stotland. She details suicidal warning signs to look out for--tips that are relevant for police officers and the rest of us as well.
[Full article here]

'He was in this black place'
Kane County Chronicle
By ERIC SCHELKOPF - eschelkopf@kcchronicle.com
September 5th, 2007
Batavia police Sgt. Mike Rappley didn't let many people know about his battle with depression. "He was worried about not presenting himself as capable police officer," said his wife, Charlotte Rappley. Rappley, a 16-year-veteran of the Batavia Police Department, took his own life last December at his home in Sycamore. His widow now is telling his story in hopes of bringing new attention to the problem of police suicide. "After about six months of wallowing in my sorrow, I just had the need to turn it around," she said Tuesday... She recently spoke at a meeting of the Kane County Chiefs of Police Association, where she implored all area departments to go through a police suicide-awareness training program that the Maryland-based National POLICE Suicide Foundation offers... Charlotte Rappley doesn't blame the Batavia Police Department for what happened to her husband. "This last time, nobody saw it coming," she said. "They were as shocked as you can be"... His depression began after he responded to a police call in 1992. "He perceived that call as a life or death situation, that he was in danger," Charlotte Rappley said. "He began to experience anxiety and depression for months afterwards." He was hospitalized for five weeks in 1998 for depression and having suicidal thoughts, and the couple moved to North Carolina. "Mike did heal," she said. "He got therapy." Rappley felt well enough that he wanted to return to the Batavia Police Department... Charlotte Rappley hopes her husband's death will serve as a warning sign to other police departments. "Mike felt there were no options," she said. "He was in this black place. If someone understands some of the signs of depression, and what you need to do when you have it, it may save someone else from going down that same road that Mike went down"