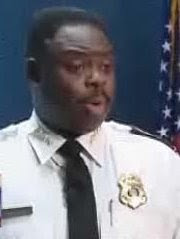 ATLANTA (MyFOX Atlanta) -- Dekalb's police chief [Terell Bolton] is talking about double homicide that's left two boys without a mother and a Stone Mountain community in mourning. 44-year-old Linda Yancey was killed Monday inside her home along with a man who still remains unidentified.

The chief spoke exclusively to FOX 5's Portia Bruner about the investigation.