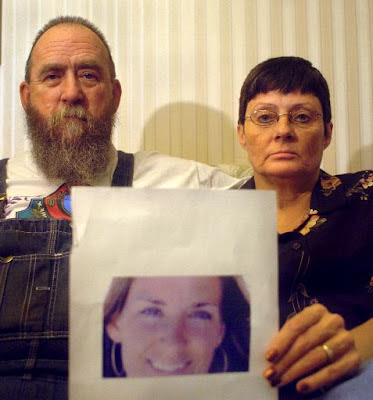 ...[Misty's mother] Gail said the effects of the infection were apparent. "I SAID 'MY DAUGHTER HAS AN INFECTION. SHE'S DYING'... He said 'You know I don't believe in doctors. That's God's will.' He said Satan took their baby"...

POLICE OFFICER NO LONGER ON FORCE
Lee's Summit Tribune, mo
Matt Bird-Meyer
6/27/2008
A Lee's Summit police officer who was investigated following the death of his wife and child is no longer on the force. Master Police Officer Caleb Horner's last day was Friday, June 20. City officials refused to comment on an internal investigation, which was initiated to determine if Horner violated any department or city policies. The investigation came shortly after Jackson County Prosecutor James Kanatzar in December 2007 declined to file charges against Horner. The officer's wife, Misty Horner, died Jan. 9, 2007 about a month after her daughter, Sydney, died at birth on Dec. 8, 2006. Misty refused medical treatment during and after the home-birth, which was in line with the couple's religious beliefs. Kanatzar said he made his decision based on the lack of proof to sustain manslaughter or child endangerment charges... [Full article here]


TINA MOORE, ONE OF MISTY'S BEST FRIENDS:
"I don't think I'm ever going to, in my opinion, have justice just because he's not going to be brought up on any criminal charges - but at least now he'll have to find another line of work... He's been paid, from what we understand, this entire time. I guess that's just how it works..."

CALEB HORNER OFF LS POLICE FORCE
Lee's Summit Journal, MO
By Brett Daltont
Wednesday, Jun. 25, 2008
...city officials would not say whether Caleb Horner voluntarily left the force or was removed. “We don’t comment on personnel action”... The controversy surrounding their deaths stemmed from the lack of medical attention given during Misty’s pregnancy and during delivery. According to her family members, Misty refused medical treatment due to her religious beliefs, which were thought to be influenced by Caleb Horner and his brother, John Horner Jr. Misty Horner’s family said she was “brainwashed” and they wanted charges brought against Caleb, but the Jackson County prosecutor announced in December that no charges would be filed.... [Full article here] 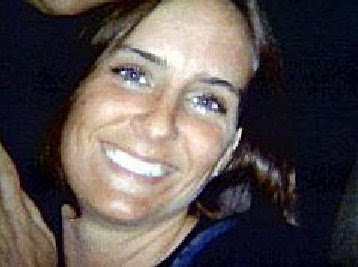 FEB 9, 2007
AFTER DEATH OF WIFE AND BABY OFFICER HORNER GETS INDEFINITE LEAVE 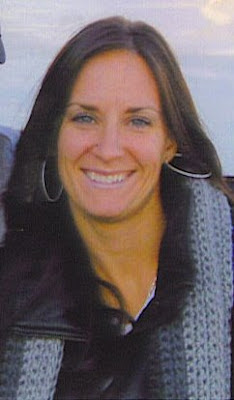 [Excerpts from initial 8 articles] ...No criminal investigation has been initiated and no charges filed. Police Chief Ken Conlee said there is nothing to investigate... According to Misty's family, the couple declined medical treatment because of they believed scientific healing was an affront to the healing power of Jesus Christ. THOSE SAME BELIEFS LED CALEB TO ISOLATE HIS WIFE FROM HER FAMILY, EXCEPT FOR FEW BRIEF VISITS, they said... The Mansfield's received a rare opportunity to visit their daughter after the still birth in December. Gail said the effects of the infection were apparent. "I SAID 'MY DAUGHTER HAS AN INFECTION. SHE'S DYING'," Gail said. "He said 'You know I don't believe in doctors. That's God's will.' He said Satan took their baby"... The Mansfields would not see their daughter for nearly two weeks; they said Caleb refused to let them see her... When Misty died, she looked nothing like the vibrant woman the family had always known. Her face was bloated. Her fingernails were blackened. Her hands were so swollen and wrinkled the funeral home placed them at her sides instead of the traditional way, on the abdomen.... "He wanted to change her whole life, get her to be submissive... and he did," Mansfield said.... "It's the Horner belief. I asked Caleb, 'Where did you get your teachings?' 'My brother, John'"... 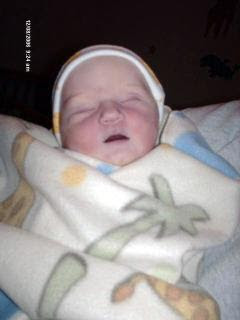 [Excerpts from 4 articles] On Dec. 31, police again were called to the Horner home to check on her welfare. According to police dispatch notes, a caller reported that Misty was “very sick” and possibly dying with a “very high fever” and that she was crying out in pain. Police again went to the home. Again, she refused medical treatment, police said. Police returned to the Horner home on Jan. 9. Misty had died, 31 days after the delivery... Misty Horner was the former Misty Mansfield of Sugar Creek. At the time of the couple's engagement in 2003 she was a dispatcher for the Lee's Summit Police Department. She stepped down as a dispatcher in November, 2006, in expectation of caring for her child... In a statement released late Friday, Mayor Karen Messerli said Horner, a nine-year veteran patrol officer, will remain off duty on a leave of absence while the police department and other agencies review the matter...

FEB 23, 2007
COP HORNER'S MOM-IN-LAW TRUSTING THAT HE'LL BE ARRESTED
...KMBC's Dan Weinbaum reported that Thursday's interviews are part of an ongoing inquiry into the deaths of Misty and her stillborn child, Sydney. While no criminal investigation has ever begun, there has been an internal police probe into what happened, officials said... Misty's mother said she has faith in the police department. "I think they will pick Caleb up and possibly (his) sisters, too -- it's got to be stopped," Gail Mansfield said. "Picked up?" Weinbaum asked. "Picked up and bring them to jail," Gail Mansfield said...

MAR 21, 2007
COP'S WIFE -MISTY HORNER'S AUTOPSY IS SEALED.
...The complete autopsy report, which contains the exact cause of death, is still unavailable to the public, said Mike Childs, public information officer for the LSPD... We, the undersigned residents of the City of Lee?s Summit, MO, petition our Lee?s Summit Police Department to consider the serious concerns of the undersigned with the ability Caleb Horner to serve and protect us if allowed to return to duty as a member of our police force for the following reasons: He denied life-saving aid to his breeched, infant daughter for five days while he and two sisters attempted homebirth based on his religious beliefs, and he assisted his wife, who stated that she had to be submissive to her husband, in refusing life-saving aid for over a month as she died...