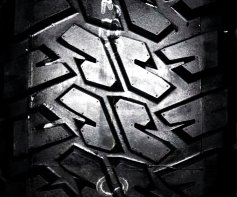 December 22, 2005
This past week Sauk County Sheriff's Deputy David L. Riedel is charged with felony hit and run for deliberately running over his girlfriend, Stoughton Police Officer Sonya Flower, then leaving the site. She crawled to the hotel, was taken by ambulance to the hospital and ended up with a lacerated liver, bruised ribs, and a bruised arm. According to the online news, the two of them were in mutual combat and she may be charged (but isn't). According to the news she layed behind his truck to keep him from leaving. She is said to have reported that earlier in the evening, after drinking, the two of them were in a hotel "throwing each other around the room' and that Riedel tried to choke her.
on 12/22/2005