[FL] PRAY FOR DEPUTY'S WIFE TO HAVE STRENGTH DURING THE TRIAL THAT IS BEGINNING NOW & IF YOU ARE LIKE HER, SEARCH, FIND SOMEONE TO HELP YOU ESCAPE 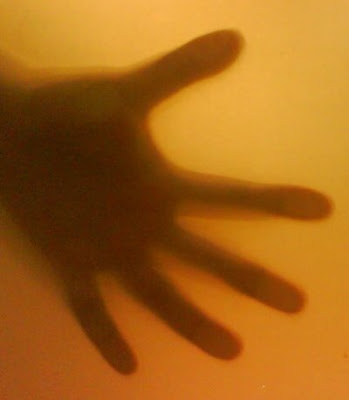 TRIAL FOR ALMOST IMMEDIATELY FIRED LEON COUNTY DEPUTY MARK THOMPSON WHO ALMOST BEAT HIS WIFE TO DEATH BEGINS... SHE HAD SAID SHE WAS SCARED TO REPORT IT BECAUSE HER HUSBAND IS A DEPUTY... DEPUTY THOMPSON'S WIFE SAID HE WAS IN "ONE OF HIS MOODS"... HER MOTHER SAYS IT'S NOT THE FIRST TIME.

JURY SELECTED IN TRIAL INVOLVING FORMER LEON CO. DEPUTY
WCTV.TV
Denise Wong denise.wong@wctv.tv
Jun 26, 2009
Opening statements will begin Monday morning in the trial of a former Leon County Sheriff's Deputy accused of beating his wife... Thompson is accused of beating his wife in August of 2007 to the point that she had to be hospitalized. Prosecutors say Thompson punched his wife, held a gun to her head, handcuffed her to the bed and beat her. Thompson has been in jail for two years awaiting trial. [Full article here]

WHAT THIS TRIAL IS ABOUT - WHOSE BLESSED-TO-BE-ALIVE LIFE IT IS IN BEHALF OF:


DEPUTY ARRESTED ON DOMESTIC-BATTERY CHARGE
Tallahassee Democrat
By Nic Corbett
August 17, 2007
[Excerpts] A Leon County deputy was arrested early this morning on charges relating to domestic violence, according to the Sheriff's Office. He was fired soon afterward... Armed with a handgun, Thompson threatened to kill himself and held detectives at bay during a brief standoff... Sheriff Larry Campbell received a tip about a domestic-violence incident involving Thompson... Thompson's wife suffered a ruptured spleen that required removal, fractures of both eye sockets, impaired eyesight, two bones broken in her right arm, a swollen face and several bruises on her body. Thompson's charges include domestic battery, false imprisonment, aggravated assault with a firearm and aggravated battery...

DEPUTY FIRED AFTER STANDOFF
Wife in hospital after domestic dispute
Tallahassee Democrat
By Nic Corbett ncorbett@tallahassee.com
August 18, 2007
[Excerpts] ...At the time of Thompson's arrest, his wife was in guarded condition at Tallahassee Memorial Hospital with serious injuries... At first, she insisted that doctors not report him but a staff member at TMH finally convinced her to come forward...
Here is what Thompson's wife said happened.
Aug. 10 after the couple had been out celebrating her birthday with two of her friends: While she drove home, Thompson said something about a look she had given him earlier at a restaurant. She said she "knew it was going to be bad" and that her husband was in one of his moods. During the drive,Thompson grabbed the steering wheel and jerked it around, struck his wife in the forehead, fired a handgun out of the car window and then put the gun to her head. After she pulled into their driveway, he got out and she quickly reversed, driving off... When she returned, he wasn't there, but the house was torn apart - clothes had been swept off the closet racks and items had been knocked off the bathroom counters. She heard him returning. She told investigators that she "had never hidden in the front closet before," but this time she did. He found her, but she ran outside, accidently letting his dog out... She said her husband handcuffed her to the bed and left. He then returned with the dog and demanded, "How could you do this to my dog?" He took off the handcuffs, dragged her to the living room, kicked her several times and then straddled her and started hitting her head and face. He finally stopped beating her and asked if she wanted to go to the doctor. She said she wanted to rest. The next day, she went to visit a friend, who took her to the Capital Regional Medical Center... She told the doctor not to report the incident... On Monday, she went to the Tallahassee Orthopedic Clinic, where her broken arm was put into a cast. She told doctors there to not report her injuries. Thompson's wife was then taken into surgery for her ruptured spleen... She had said she was scared to report it because her husband is a deputy. When four deputies knocked on the door to Thompson's parent's trailer Friday morning, he came to the door armed and threatened to kill himself. He said he was sorry and that he did not remember what he had done to his wife, but he believed it was bad because she was in the hospital. He said his life was over and that he did not want to go to prison.... "The deputy's reported actions give our agency and, for that matter, law enforcement in general, a black eye," Chase said. "There are 600 hard-working, dedicated employees here who must take the shame of his behavior."

DEPUTY ORDERED HELD WITHOUT BOND
wctv.tv
Julie Montanaro julie.montanaro@wctv.tv
Aug 21, 2007
A Leon County deputy arrested for beating his wife so badly she had to be hospitalized has been ordered held without bond. In court Tuesday morning, the victim's mother made a tearful plea to keep him behind bars, saying this was not the first time he had beaten her. She said her daugther was still in the hospital... Thompson faces life in prison if he's convicted on all counts... A sheriff's office spokesman says the beating happened Friday, August 10 and into Saturday, August 11. Arrest papers say the couple left Cafe Cabernet and Thompson punched her and held a gun to her head in the car on the way home. Those papers say he then handcuffed her to the bed when they got home and brutally beat her... Thompson is charged with domestic battery, false imprisonment, aggravated assault with a firearm and aggravated battery.