[MI] Attorney says Joni's diminished to the shell of a person. Sheriff will interview neighbors who say they were aware of abuse at the Holbrook's. 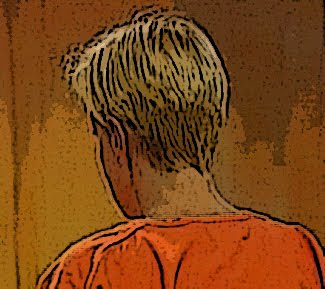 "...Her history of mental, physical and sexual abuse from her husband has diminished her to an absolute shell of a person"... The department will interview neighbors who alleged Melvin Holbrook was physically abusive toward his wife...

SUSPECT'S FRIENDS TROUBLED BY MURDER CHARGE
Joni Holbrook 'very loving and kind,' they say
Traverse City Record Eagle
By Art Bukowski
August 12, 2009 07:00 am
[Excerpts] Joni K. Holbrook's friends experienced "shock and horror" when they learned she was charged in the shooting death of her husband, Michigan State Police Sgt. Melvin Holbrook... "It's totally out of character, totally out of character," said Tina Lehn, who worked with Holbrook for about eight years at 86th District Court in Traverse City. "She would never hurt anybody for any reason, at any time." Laurie Stricker, 46, has known Joni Holbrook since both were about 10 years old. She said word of the arrest was deeply troubling for those who know the suspect. "I have been just inundated with phone calls from the community, the legal community and people I went to school with," Stricker said. "(They're) just really heartbroken over this. She would do anything for me, or anyone. She's just very loving and kind." Holbrook's preliminary examination, held to determine if there is enough evidence to send the case to trial, is scheduled for Aug. 24. She remains in jail without bond... Benzie Sheriff Rory Heckman said his department will spend the week conducting interviews and continuing to investigate the shooting. The department will interview neighbors who alleged Melvin Holbrook was physically abusive toward his wife, Heckman said. Stricker, Lehn and other friends of the woman knew of problems in the relationship, and she at times asked them to help her find a new place to stay. She didn't tell friends of any physical abuse, they said. Benzie Prosecutor John B. Daugherty said allegations of abuse likely wouldn't affect the outcome of the case... Jesse L. Williams, Joni Holbrook's attorney, said his client's "story deserves to be told. She has been physically, mentally and sexually abused, and tortured for the better part of her married life of 10 years... Her history of mental, physical and sexual abuse from her husband has diminished her to an absolute shell of a person." [Full article here]
[police officer involved domestic violence law enforcement fatality fatalities murder michigan state police spousal rape abuse]
on 8/12/2009