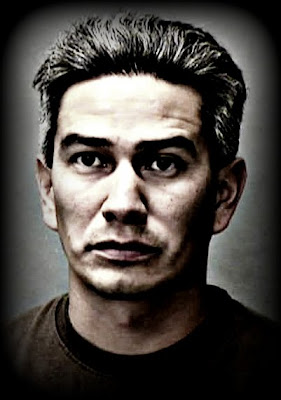 FROM THE STAR-TELEGRAM: Former Fort Worth police officer Ernesto Flores was acquitted of throwing his girlfriend -- a Fort Woth police sergeant -- to the ground, slamming her into a brick wall and breaking her nose with a punch during an altercation on Aug. 3, 2008 outside her apartment complex.

An excerpt from last October:
...Flores is accused of disobeying police orders not to have any contact with the woman by text-messaging her and going by her residence. The letter states that he was also untruthful when he told officials that he did not have the woman's cellphone but later brought it to the internal affairs division. In 2003, Flores received a 267-day suspension from the department for assault/family violence and justified unfavorable criticism, the letter states. Last year, he received a four-day suspension for justified unfavorable criticism and public intoxication...

FORT WORTH — Prosecutor Timothy Choy argued that the case was black and white — that former Fort Worth police officer Ernesto Flores assaulted his girlfriend, Sgt. Sherry Wood, outside her apartment complex last year, throwing her to the ground, slamming her head into a brick wall and breaking her nose with a punch.

But defense attorney Jim Lane said the evidence was not so clear. Lane contended that Flores was defending himself from Wood, who, he said, struck first by punching Flores in the jaw and scratching his face, chest and hip.

A six-member Tarrant County jury deliberated nearly 3 1/2 hours Friday before acquitting Flores of assault with bodily injury of a family member, a charge that includes people in ongoing romantic relationships.

The incident occurred Aug. 3, 2008. Flores and Wood married in December but divorced in June, according to testimony.

Jurors told Lane after the verdict that they had reasonable doubt whether Flores assaulted Wood or whether he was defending himself, as he testified Thursday.

After jurors left the courtroom, Judge Jamie Cummings told Flores that he was "extremely lucky" that he was acquitted.

After hugging Lane, Flores declined to comment while Lane and prosecutor Michelle Dobson spoke privately to jurors. After Lane returned, he advised Flores not to talk about the case.

"I want you to go back to being a police officer," Lane told his 34-year-old client.

Lane said his next step is to get Flores’ criminal record expunged. An attorney for the Combined Law Enforcement Associations of Texas will work to get Flores’ job back, Lane said.

In his suspension letter, Flores was accused of violating a department order not to have contact with Wood when he text-messaged her and left a stuffed animal and a note outside her door. He was also accused of lying when he told police that he didn’t have Wood’s cellphone. Wood testified that she was trying to retrieve her keys and cellphone from Flores when the altercation began.

Wood testified but was not in court for the verdict.

Dobson, one of the prosecutors, said jurors worked hard to match the evidence and the law.

"We felt good about the evidence, or we wouldn’t have prosecuted the case," she said. "But we respect the jury’s verdict. We know they had a tough decision."

...I don't know why they even waste the tax dollars on hearings,just forgive them and give them their guns back.

...I love Fort Worth and I have faith that the new chief will not allow this man to get his job back. I am sad that the jury made this decision, but his lawyer did a good job with doubt and the DA's didn't get enough facts in. You can get rid of bad apples and he is most definitely rotten. If the jury had been allowed to know that a) there were prior cases of assault on women and b) the FWPD had already canned him - (some of the very things mentioned in the article) this probably would have been a different verdict. They weren't and there's not a lot that can be done to change it now. Sad day.

...WOW, what a disappointment!! This is no justice!
A man beats his girlfriend and somehow the jury misconstrues the evidence as "self defense"??? Um, ya.. .right. This verdict is yet another disappointment in our judicial system. For some reason there is always key information the jury "is not privy to hear," which would have made all the difference. The defendant has a history of alcohol abuse and violence with females. In the future, when someone is severely or mortally injured by the defendant, I hope the jury will reexamine this decision, which had it been different might have prevented a future tragedy...

...Jim Lane is a high paid, experienced defense attorney who regularly defends officers on the wrong side of the law...

...I AM SADDENED BY OUR JUSTICE SYSTEM WHICH ALLOWS NECESSARY INFORMATION TO BE WITHHELD FROM THE JURY. THIS MAN IS A DISGRACE TO THE POLICE DEPARTMENT AND A DANGER TO SOCIETY. I HOPE CHIEF HALSTEAD VALUES THE INTEGRITY OF HIS DEPARTMENT AND MAKES THE RIGHT DECISION AND NQT RE-HIRE HIM.

...Please remember he was not found “innocent” he was found “not guilty beyond a reasonable doubt” which now means to me that if you do not have a video of your attack or multiple witnesses, how can there ever be "NO DOUBT"? I am proud of the state witnesses that had the courage to try and stop his obvious “family assault” pattern and prevent him from devastating next family. I also feel awful for the jurors, they were not allow to know his previous patterns of family assault and that he was "former" police officer, indefinitely suspended for lying prior to the trial. I will be very infuriated if Mr. Flores is re-instated as a police officer, is the type of person that Fort Worth wants representing its police force? How will the Fort Worth public have any respect for police officers knowing criminals are arresting criminals?

FORT WORTH -- A Fort Worth police officer arrested in August after being accused of breaking his girlfriend's nose during an argument has been fired.

Ernesto Flores' termination took effect Friday, according to a letter filed with the Civil Service Commission on Tuesday.

Flores had been with the department since April 2001.

Attorney Richard Carter, who is representing Flores in the appeal of his indefinite suspension, declined to comment Wednesday because an assault with bodily injury charge is still pending against Flores .

According to the letter detailing the reasons for Flores' termination, Flores and his girlfriend, a sergeant with the Police Department, began arguing while drinking at the Horseman Nightclub on the night of Aug. 3.

Flores drove himself and his girlfriend to her complex, where he parked the car and grabbed her by the face, telling her to look at him.

She pulled away. The two got out of the car and a physical altercation ensued after Flores took her keys, license and cellphone and refused to give them back. When she tried to take the items, Flores pushed her back. She then hit him in the chest in an attempt to get her items back and he pushed her to the ground, injuring her knees and elbows.

The letter states that during the altercation, Flores punched his girlfriend in the nose and head area and threw her into a brick wall and metal railing. He then shoved her into her apartment and bedroom before retrieving his children and going to his own apartment.

Friends of the woman, whom she had called to the scene, called police and an ambulance.

The woman, whose injuries included scraped knees, bruises and abrasions, was treated at the scene by paramedics. She went to a doctor the next day and discovered that her nose was fractured, the letter states.

Flores , who suffered scratches on his neck and a scrape on his hip, called for police from his apartment. He did not require medical treatment.

He was placed on restrictive duty while internal affairs investigators looked into the incident.

Flores is accused of disobeying police orders not to have any contact with the woman by text-messaging her and going by her residence. The letter states that he was also untruthful when he told officials that he did not have the woman's cellphone but later brought it to the internal affairs division.

In 2003, Flores received a 267-day suspension from the department for assault/family violence and justified unfavorable criticism, the letter states.