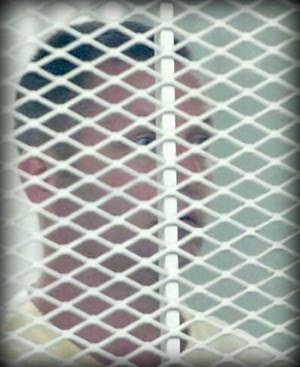 ...A Buncombe County sheriff’s deputy [Darrell Lynn Saucier] jailed on a charge of assaulting his wife was suspended without pay... [SG] is a sworn law enforcement officer whose certification is held by the Sheriff's Office...

(A simple Google search shows Saucier as a sergeant although it's not mentioned here.)

BUNCOMBE DEPUTY JAILED ON ASSAULT CHARGE
Asheville Citizen-Times
Clarke Morrison
August 27, 2009 01:53 PM
[Excerpts] A Buncombe County sheriff’s deputy jailed on a charge of assaulting his wife was suspended without pay today. Darrell Lynn Saucier, 45, of 49 Embler Road, Alexander, was arrested by deputies and charged Wednesday night with misdemeanor assault on a female. A warrant states Saucier pushed a nightstand into [SG] knocking her down. He also grabbed her arm and pushed it down, the warrant states. In a first court appearance this morning, District Court Judge Patricia Young advised Saucier he faces up to 150 days in jail if convicted of the charge and set his bond at $5,000 unsecured... “Anytime we respond to a scene where domestic violence has occurred, we are obligated to make an arrest,” Sheriff Van Duncan said. “It doesn’t matter if it’s an officer or not. We expect our officers, even off duty, not to engage in any behavior that would reflect poorly on the Sheriff’s Office.”... A magistrate Wednesday night ordered Saucier held without bond until his court appearance. He was released after the hearing on a $5,000 unsecured bond. With unsecured bond, the defendant pays no money but is liable for the full amount should he or she fail to appear in court. [Full article here]

BUNCOMBE DEPUTY CHARGED WITH ASSAULTING WIFE SUSPENDED WITHOUT PAY
Asheville Citizen-Times
By Clarke Morrison
August 28, 2009 04:03 PM
[Excerpts] ...[Sheriff Van] Duncan said his internal affairs investigators went to Saucier's residence Wednesday night to investigate and interviewed his wife. The sheriff said he expects the internal investigation to take about five-10 days to complete. It's the sheriff's decision on what disciplinary action to take. Duncan said the law prohibits anyone convicted of domestic violence from possessing a firearm. There's an exception that allows a law enforcement officer with such a conviction to carry a firearm on duty, but Duncan said he wouldn't allow the exception to be used in his department. Saucier is a patrol officer who has been with the department since July 2002, Dillingham said. [SG] is a sworn law enforcement officer whose certification is held by the Sheriff's Office. [SG] , however, is not employed by the Sheriff's Office or any other law enforcement agency, Dillingham said... [Full article here]
[police officer involved domestic violence law enforcement sergeant north carolina state cop-on-cop]
on 8/29/2009