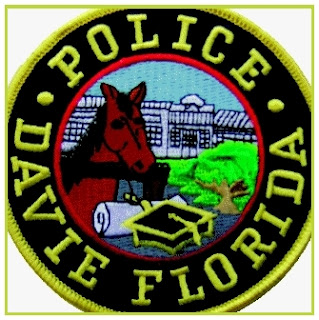 Previous post:
[FL] Davie Police Officer Getejanc accused of gun to pregnant new wife's head - TWO ALLEGED INCIDENTS: [1] ...GETEJANC, WHO WAS IN UNIFORM, GRABBED HER, WRAPPED HIS RIGHT FOREARM AROUND HER NECK AND THREW HER TO THE GROUND, THE REPORT STATES... [2] ...HE THEN PULLED OUT HIS SIG SAUER .45 PISTOL AND PRESSED THE GUN AGAINST THE LEFT SIDE OF HER HEAD...

DAVIE POLICE OFFICER ACCUSED OF ABUSE TWICE IN FIVE MONTHS
South Florida Sun Sentinel
By Susannah Bryan
April 13, 2009
[Excerpts] Five months before a rookie police officer was charged with aggravated battery on his pregnant wife, an ex-girlfriend made similar accusations of abuse. The wife of Officer Vally Getejanc, 25, told Davie police he held a gun to her head on one occasion and threw her to the ground on another. Davie officers arrested Getejanc on Feb. 27 after his wife called 911. In October, Getejanc's ex-girlfriend, [CLB], sought a restraining order against him, claiming the two had a three-year relationship marked by a "history of violence." Her request, denied by a judge two weeks later, triggered an Internal Affairs investigation into whether Getejanc had engaged in conduct unbecoming an officer. [CLB], 27, claimed Getejanc had punched, choked, kicked and head-butted her during their relationship and sent her a threatening text message in October. She also told Internal Affairs he once threatened to shoot her in the head...
On Feb. 28, the day after Getejanc's arrest in the battery case involving his wife, Police Chief Patrick Lynn cleared him in the Internal Affairs case involving his ex-girlfriend, citing a lack of evidence. "One case doesn't have anything to do with the other"...
...Getejanc's wife, 25, told detectives the two argued on Feb. 27 after he complained she'd spent too much time visiting her mother. Getejanc, while in uniform, wrapped his right forearm around her neck and threw her to the ground, according to the police report. The two had been married just four days and the wife was five months pregnant, the report says. On Feb. 3, according to police records,
Getejanc put his duty weapon to his wife's head and said "Say one more f------ word and I will shoot you!"...
[Full article here]
on 4/14/2009