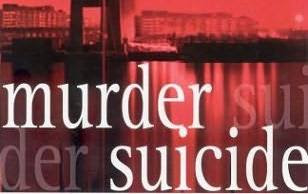 State Police investigating death of husband and wife.
AuSable Forks couple found dead
Plattsburgh Press Republican, NY
By LOIS CLERMONT - News Editor
lclermont@pressrepublican.com
December 29, 2008
AUSABLE FORKS — An AuSable Forks couple are dead, and State Police are investigating it as a possible murder-suicide. State Police troopers swarmed to the home of Otis and Fredricka Collins at 3 French Village Road about 10 a.m. Monday. Black Brook Town Supervisor Ricky Nolan said he was shocked to hear about the deaths and the possibility that Mr. Collins might have killed his wife and himself. “I can’t imagine. I’m at a loss for words. He was such as outgoing man, very giving.” Nolan and Mr. Collins worked together at Clinton Correctional Facility for 22 years. Mr. Collins retired just last year. He and Mrs. Collins were well-regarded around town. “They were very generous to the Food Shelf here, and they gave gifts for the Christmas drive,” Nolan said. “He was always stopping in to see if we needed anything.” He said the Collinses were foster parents to a number of special-needs children over the years. They had a son, Scott, who is serving time in Fishkill Correctional Facility after he pleaded guilty in 2005 to third-degree burglary and third-degree grand larceny. They also have a daughter who lives in the Albany area. Mrs. Collins, known as “Freddy” to many, had been seriously injured in a car accident in September 2004. Police reported she crossed the center line as she drove west on Route 3 in the Town of Harrietstown, and her Ford Suburban struck the rear axle of a tractor-trailer. A 14-year-old passenger in her SUV was treated for a facial injury. Nolan says Mrs. Collins walked with a limp but was doing well otherwise. “I can’t believe Otis would do that in a million years,” Nolan said of the murder-suicide report. David Bushey from Jay said he knew the Collinses well and that they were very nice people. “I saw him (Mr. Otis) this morning down to Rod’s store having coffee, and he was happy as all hell and nothing was wrong,” Bushey said Monday. “They never fought. They always got along good.” He said there was “nothing in the world Otis wouldn’t do for you.” Mrs. Collins was the daughter of Derna Torrance, who was well-known in the community because of her popular restaurant, Derna’s Diner, which was located in the building where the Collins now lived. The large structure had been converted to apartments. In 2003, firefighters from four departments were called to the building to extinguish a fire that displaced four tenants. — Staff Writers Dan Heath and Steve Bartlett contributed to this report. [LINK]
on 12/29/2008