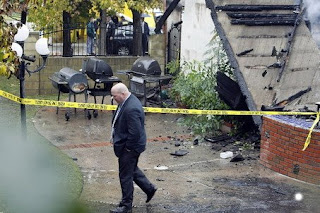 There was a press conference with Covina Police Chief Kim Raney about Bruce Pardo. Pardo shot an eight year old girl in the face who answered the door, executed nine people, incinerated them and the house with 2 pressurized tanks of flammable compounds, 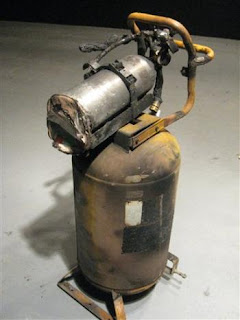 booby trapped his santa claus suit he left on his car's seat to explode (and it did), then shot his own severely burned body in the head. What were once bodies are reduced to teeth. No one could help the people inside the burning home...
ALL OF THE PUBLIC SAFETY PEOPLE INVOLVED ARE RENDERED HELPLESS. 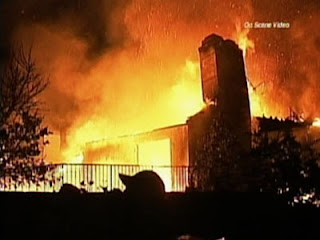 But amid all of that human mass destruction, mayhem and massacre - when the chief is asked about the feelings of cops his answer gives evidence of just one of the reasons that law enforcement officers find it so hard to reach for help when they need it.
He says they are professionals.
It's no wonder police suicide rates are so high - and why there are too many officer involved domestic murder-suicides. The beliefs within the police culture that professionals don't need help or aren't wounded by the work trap those who need a hand.
Until this attitude changes the rates will never go down.
I am not knocking the chief. I have no right. He is there and I even understand why he said what he did. But we have to come to the place where officers will not be viewed as unprofessional if they are effected by the work... if they stumble or need someone, for a period, to help them pace their breath again.
on 12/27/2008