The Franklin County coroner suspects that a deputy sheriff suffocated his wife before fatally shooting himself at their Grove City home.

"It is quite possible she was smothered," Brad Lewis said after autopsies were performed yesterday. "That can be a subtle diagnosis, so we won't make any official ruling as to cause or manner of death until toxicology and (microscopic testing) are done."

Grove City police were called Sunday to the home of Wayne and Kathleen Urban at 4153 Haughn Rd. by a neighbor who found a note from Mr. Urban on his car.

In the note, Mr. Urban said he "made a mistake" and described where his body and his wife's body were located. Police found Mrs. Urban dead in a bedroom and Mr. Urban's body in the garage.

Mr. Urban, 65, died of a single gunshot to the head, which "was consistent with a self-inflicted wound," Lewis said. Urban was hired as a deputy in November 1999 and worked in the Franklin County jail.

Investigators found no visible signs of traumatic injury to Mrs. Urban, 61, yet the autopsy didn't reveal any natural cause of death, Lewis said.

Toxicology tests are conducted to determine the presence of drugs or alcohol in the body. Microscopic, or histology, testing examines cells and tissue and can detect signs of suffocation, such as hemorrhaging, not visible to the naked eye, the coroner said.

He estimated that the test results will be available in three weeks.

Police said there was no record of domestic problems between Mr. and Mrs. Urban, who had owned their Grove City home for 32 years. [LINK] 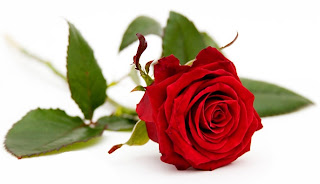 UPDATE:
Neighbors puzzled by couple's death
Columbus Local News: Grove City News
By Kristin Campbell
Wednesday, December 3, 2008 2:06 PM EST
...[Neighbor David] Brokaw, who has lived next door to the Urbans for 37 years, and said he can't understand how this tragedy could have occurred. "They were great neighbors," he said. "It just mystifies me. I can't wrap my head around it." Brokaw said Kathy was outgoing and knew practically everyone in Grove City. He said Wayne was more reserved, but was friendly and responsible... "The motive at this point in time has not been determined," Grove City Police Captain Steve Robinette said. Meanwhile, investigation continues , with detectives attempting to leave no question unasked. "The first day or so was spent collecting evidence at the scene," Robinette said. "Now the investigators are speaking to family, friends and associates and poring over the evidence, trying to get a perspective of these folks' lives and how it ended up the way that it did"... [Link]
on 12/03/2008