[IL] Sgt. Merritt held accountable for half of what he's accused of doing to his wife 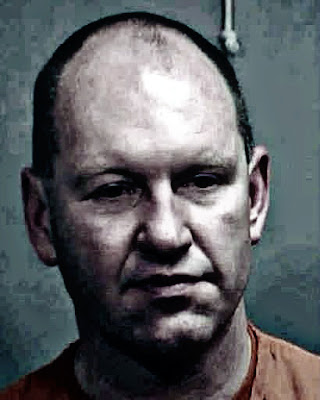 ...A 9-1-1 recording played in court contained Merritt’s sobbing wife telling a dispatcher that Merritt had hit her on the side of the head and had threatened to kill her...

Previous post:
[IL] Which officer's wife is recanting today? Sgt.'s Merritt's. - I was mad. I had too much to drink. I hadn't taken my meds. I can be quite dramatic. Details? I don't remember.

JUDGE CONVICTS OFFICER OF DOMESTIC BATTERY
Northwest Herald
By Jillian Duchnowski - jduchnowski@nwherald.com
May 22, 2009 1:15 a.m. CDT
[Excerpts] A judge convicted a veteran Algonquin police sergeant of domestic battery despite the alleged victim’s testimony that it never happened. Wade Merritt, 46, of the Oakwood Hills area, will be banned from carrying a gun unless the conviction is overturned, said his attorney... “Effectively, this will put him out of a job,” [Merritt's attorney, William] Hellyer said. “He can’t apply to be a police officer anywhere else”... Both Merritt and his wife of seven years denied that he hit her on the left side of her head hard enough that she fell to the ground March 4. Rather, Merritt’s wife testified that she wasn’t thinking clearly after having had a few drinks and not taking anti-anxiety medication for five days. She said she called police that night because she thought Merritt had been drinking behind her back... But Merritt’s 10-year-old son testified that he saw his father raise his hand and saw his stepmother lying on the hallway floor soon thereafter. He said his view of any impact was obstructed from where he was – kneeling in the bathroom with the door open. The boy had been ill and vomiting that evening. A 9-1-1 recording played in court contained Merritt’s sobbing wife telling a dispatcher that Merritt had hit her on the side of the head and had threatened to kill her... [Judge Gordon] Graham convicted Merritt of having “contact of an insulting and provoking nature,” but acquitted Merritt of a domestic-battery count alleging that he had caused “bodily harm.” He faces up to a year in jail and a $2,500 fine when he is sentenced for the misdemeanor June 25... Assistant State’s Attorney Patrick Kenneally denied that Merritt’s profession influenced prosecutors’ decision to take the case to trial. “The [negotiated settlement] offer that was provided was the same that would have been provided in any other case,” Kenneally said. “He exercised his constitutional right and rejected that offer.” [Full article here]
[police officer involved domestic violence law enforcement illinois recant recanting]
on 5/23/2009