[LA] Ex-Sheriff's Lt. Allan Wayne Schaeffer, do you agree with these facts as stated by the District Attorney? 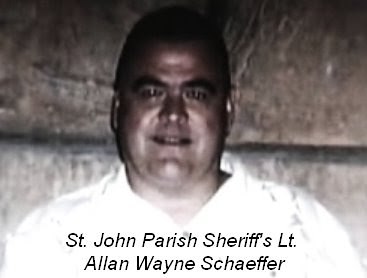 (Schaeffer is here because the battery case victim was his girlfriend at the time.)

On or about May 8, 2006 in the Parish of St. John the Baptist, Allan Wayne Schaeffer intentionally inflicted serious bodily injury upon Tracey DeAnn Mutz when he physically beat and strangle Tracey DeAnn Mutz, without her consent, causing her to seek emergency medical treatment due to multiple bruises to her hands, feet, face and neck and due to her extreme physical pain.

On or about February 28, 2007, in the Parish of St. John the Baptist, Allan Wayne Schaeffer, who was employed as a sheriff's deputy with the St. John the Baptist Parish Sheriff's Department contacted Lisa St. Martin on the premise of assisting her with her current criminal charges. Upon meeting with Ms. St. Martin, Schaeffer drove to the St. John Sheriff's Office Jail and parked behind a big green bus where he attempted to obtain and coerce sex from Ms. St. Martin for assisting her with her pending criminal theft charges, by virtue of his position and authority at the St. John Parish Sheriff's Office. When Ms. St. Martin refused, she thereafter felt threatened by the defendant's repeated harassment and threats to take her to jail for failure to give into his sexual demands.

Q: Do you agree with these facts as stated by the District Attorney?
A: Yes (initialed AWS)

I now ask you to acknowledge that you have read The above and certify that the answers are true and correct by signing your name hereto in this 22 day of May, 2009.

I now ask that your counsel to acknowledge that he was present during my questioning of you in open court prior to your plea being accepted and to acknowledge to me that he also informed you of your rights prior to this time as well as to the consequence to you on your plea of guilty, that he has gone over this form with you in detail and that he is satisfied with your plea of guilty is a voluntary act on your part.
[police officer involved domestic violence oidv intimate partner violence (IPV) abuse law enforcement public safety louisiana state serial criminal teflon repeat hx ]
on 5/25/2009