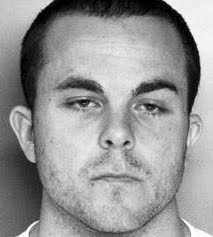 ...[Sacramento Police Officer Bryan David Weinrich] was booked on suspicion of domestic violence, brandishing a firearm, kidnapping and false imprisonment – all felonies... Weinrich's girlfriend told officers Weinrich had "physically shoved her down" and brandished his service weapon... The girlfriend had evidence of physical injury...

Does "brandishing" mean waving it around, pointing it at her, holding it to her head, or holding it in his hand for intimidation - and were there words? Terroristic threats? Suicide threats? I am God threats? A friend of mine had her teeth broken as her deputy husband shoved the gun into her mouth. This blog is full of women both dead and alive who have had the gun to their heads. So what does brandishing here mean? ALL and any threatening with the weapon is equally lethal. I just wonder if there aren't some missing charges.

SACRAMENTO POLICE OFFICER ARRESTED FOR DOMESTIC VIOLENCE
News10/KXTV
R. Kennedy
11/21/2009
SACRAMENTO, CA - A Sacramento police officer has been arrested on suspicion of domestic violence. According to Galt police, Officer Bryan David Weinrich of the Sacramento Police Department was arrested in Roseville Friday morning after a woman reported to Galt police that she had been physically assaulted and that Weinrich had brandished a handgun... Weinrich and the woman had an argument that turned physical when Weinrich reportedly assaulted the victim several times. Weinrich then left the Roseville residence but then returned Thursday morning and he and the woman drove to Roseville, Uptegrove said. According to Uptegrove, another altercation took place during the car ride where the victim stated she was held against her will when she tried to exit the vehicle... Once the report was taken in Galt, Roseville police officers went to Weinrich's residence and took him into custody without incident... Weinrich was booked into the Sacramento County Jail for corporal injury to a spouse or co-habitant, brandishing a weapon, kidnapping and false imprisonment. Weinrich has been put on paid administrative leave... [Full article here]