...She admitted to Somerset Police that she got spooked in the house, grabbed her gun and accidentally shot herself once in the arm. "She panicked and wanted to cover up what she had just done and shot two more times in her own home"...

Stuff happens, but what part of that makes any sense? How do you shoot yourself in the arm? The reporters do not ask if her husband's whereabouts at the time are known and do not question the decision to have her husband's police department involved in the investigation. There's a broken window in this - so did she do that too? Did neighbors hear anything - sequence of crashing glass and series of shots? (Push the reporters feet off their desks and make them do their job.) If Jennifer's 1st intruder story didn't fly, why is her second self-shooting story automatically believed and so embraceable?
I realize I have biases but aren't these normal questions? 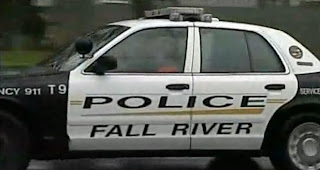 
COP'S WIFE CHARGED IN SHOOTING HOAX
Cops: woman lied about shooting, set off search
WPRI
Nancy Krause
Tuesday, 08 Dec 2009
[EXCERPTS] SOMERSET, Mass. (WPRI) - A Somerset woman accused of creating an elaborate hoax after accidentally shooting herself is now facing criminal charges. According to Somerset Police Capt. John Solomito, Jennifer Smith has been charged with filing a false police report and lying to investigators. Smith, the wife of a Fall River Police Detective, is accused of telling police she was shot by an intruder after accidentally shooting herself in the arm at her home... Solomito said he estimates Somerset's overtime expenses at around $6,600. That does not include expenses incurred by surrounding communities that provided mutual aid, nor does it take into account the hours people volunteered over the weekend. Eyewitness News Legal Analyst Lou Pulner says the town could now decide to charge Smith for the expenses from the search. [Full article here]

...There is more to this story... I don't think we need to laugh about it like the post from 'Andydest' - Bet you forgot to go to Church today also. Wondering if maybe this could be a domestic coverup... Wonder if the cops ever thought of testing her hand to see of the shot off the gun??? Whole thing is weird...

...I don't buy this story anymore than the first story...

...I read the more, in-depth heraldnews.com version of this story. Even after she "came clean" her story still doesn't ring true. There is a lot of misconception and deception going on here. The police aren't interested in the real truth because her husband is a cop, what else it new?... 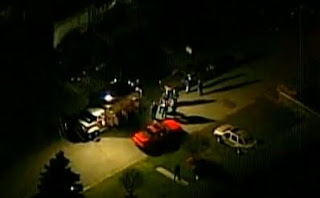 SEARCH ON FOR MAN WHO SHOT WIFE OF FALL RIVER POLICE OFFICER
projo.com
Richard C. Dujardin
10:31 PM Fri, Dec 04, 2009
[EXCERPTS] The police on Friday night were searching for a man who broke into the home of a Fall River police officer on Midland Road and shot the policeman's wife... The woman works as a nurse at a hospital in Rhode Island. The police said the intruder entered the home around 4:30 p.m. just after the woman came in with groceries. Over the next few moments, the woman retrieved a gun which she threatened to use against the intruder. However, a scuffle ensued, according to the police, and the intruder grabbed the gun and shot the woman in the arm before fleeing the scene. Somerset fire officials said the woman was taken to Charlton Memorial Hospital in Fall River. [Full article here]


SOMERSET WOMAN SHOT AFTER BREAK-IN AT HOME
Boston Globe
By Milton J. Valencia
December 5, 2009
[EXCERPTS] A Somerset woman was shot in her home after a struggle with an unknown intruder who appears to have stalked and threatened her before, police said. The 35-year-old woman apparently tried to defend herself against the man, who went through her garage, broke into her home, and told her, “I’m going to kill you,’’ police Chief Joseph C. Ferreira said yesterday. The attack occurred just after 4 p.m. while the woman was home alone. The woman, who was not identified, went to retrieve her gun, and after a struggle several shots were discharged. She was shot once in the arm and was brought to Charlton Memorial Hospital in Fall River, where she was in stable condition... The woman is reportedly the wife of a Fall River police officer... FALL RIVER POLICE ARE INVOLVED IN THE INVESTIGATION. The woman told police that she did not know the intruder, but that she had seen him before and that he had threatened her on several occasions... 50 police officers stormed the neighborhood around the woman’s home. Responding officers came from state and local police, as well as the Bristol County sheriff’s office. Also, a community notification message was sent to hundreds of homes asking residents to be on the lookout... [Full article here]


SOMERSET WOMAN ADMITS TO SHOOTING HERSELF
WHDH-TV
Posted: 12/04/09 at 10:40 pm EST
Last Updated: 12/05/09 at 10:39 pm EST
[EXCERPTS] SOMERSET, Mass. -- Police have just announced that a woman who was shot Friday evening is not the victim of a home invasion, she in fact shot herself... Jennifer Smith, 33, a nurse who lives in the home with her husband had told police that a man broke through the window of her home, shot her with her own handgun and fled. After questioning Smith again today, police say she admitted to accidentally shooting herself... She admitted to Somerset Police that she got spooked in the house, grabbed her gun and accidentally shot herself once in the arm. "She panicked and wanted to cover up what she had just done and shot two more times in her own home," said Ferreira... Smith has been given a summons to court to face one felony charge of lying to investigators as well as a misdemeanor charge for filing a false police report... [Full article here] 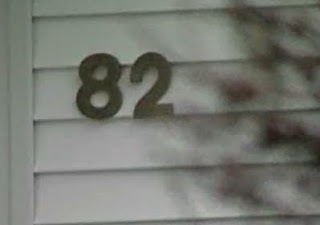