...The hearing, which was set to take place Wednesday morning, has been rescheduled for Tuesday in Queens...

Barbara Sheehan, who shot and killed her husband, retired NYPD Sgt. Raymond Sheehan:
...“When I think of life before, I just stop and try to think of life now. It’s so much better. I am safe. I may go to prison. But my kids and my family they are safe”...

Barbara Sheehan's Attorney Michael Dowd:
..."All we want is the right to present the evidence. We’re only asking for a fair trial by jury.”

BARBARA SHEEHAN SPEAKS: PART II
This Week's Forum South and West
forumnewsgroup
By Patricia Adams
Thursday, December 3, 2009
[Excerpts] ...[Barbara] Sheehan is facing a murder trial and because of one judge’s ruling, will have to do so without the benefit of expert testimony to demonstrate the extent of the physical and mental abuse she suffered from for almost twenty years. This week, Barbara Sheehan recalls her life as an abused woman and explains what happened on the day she shot her husband... Typically, it is through the testimony and shared experience of expert witnesses that jurors can gain insight to the typical lives of abusers and their abused. When Barbara Sheehan stands trial for her husband’s murder, she will have to do so without the benefit of such witnesses due to a ruling handed down in early November by Justice Arthur Cooperman. The ruling prohibits the inclusion of expert psychological and psychiatric testimony. Now attorney Michael Dowd will search for a mechanism to overturn Cooperman’s decision — or find a way to bring a defense as strong as that which has been disallowed by the judge... [Full blog post here]

[Excerpts] Jennifer Sheehan remembers her home life well. Starting from the age of 4, the 23-year-old nurse at Memorial Sloan Kettering says her earliest memories of the violence in her home were the sounds of screaming and things breaking downstairs beneath her bedroom... There were no happy times in the Sheehan house when Raymond Sheehan was there. “You would never know what would set him off... Of the beatings and the bruises, Jennifer says there are far too many to recall... She says life is much better. “The most anxiety comes from worrying about my mom’s trial. We are still not free to move on until we have that behind us... I have to believe that when the judge and the jury hear what we have to say, they’ll know the truth.” [Full blog post here]
PREVIOUS ENTRIES: 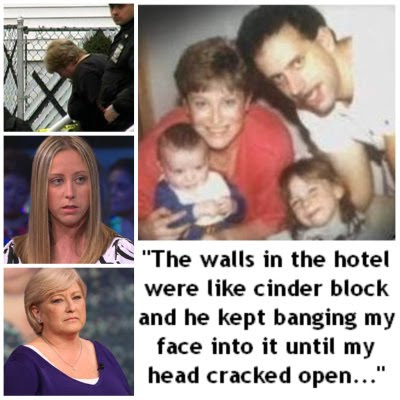 BARBARA SHEEHAN’S HEARING IS POSTPONED
zwire.com
Lisa Fogarty
12/10/2009
Prosecutors postponed the opening hearing in the case against Barbara Sheehan, the Howard Beach woman who fatally shot her ex-NYPD husband last year after allegedly sustaining almost two decades of physical and emotional abuse. The hearing, which was set to take place Wednesday morning, has been rescheduled for Tuesday in Queens. According to sources, Sheehan’s attorney, Michael Dowd, has until the end of the week to decide how to proceed after Justice Arthur Cooperman ruled that the defendant, 48, would be restricted from including psychiatric testimony as part of her defense. Dowd has called the judge’s decision “crippling.” Sheehan, who is out on bail and is charged with second-degree murder and two counts of weapon possession for killing Raymond Sheehan last February at their home, now faces the challenge of proving she suffered post-tramautic stress and anxiety common among women who are victims of long-term abuse. Residents wishing to show their support or voice their concern for Sheehan have been encouraged to write a letter to the District Attorney’s office or attend Sheehan’s court trial. [LINK]
[police officer involved domestic violence oidv intimate partner abuse law enforcement public safety fatality fatalities murder self defense children state new york police department nyc nypd jail]
on 12/13/2009