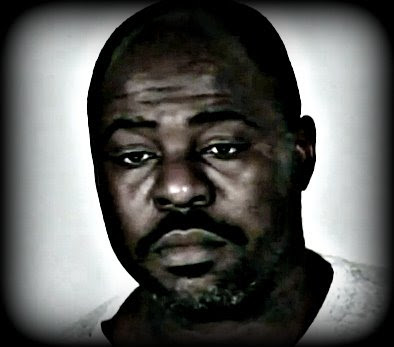 ... the prosecutor didn't ask the emergency room physician, who treated Lisa Rinehart that night, whether her injuries were consistent with her testimony of Tuesday — which was that she harmed herself by letting a heavy door close on her... The night of the incident, she told Maplewood police that her husband had grabbed her hair and punched her in the face and ribs... Lisa Rinehart suffered a fractured right cheek with bone fragments pushed into her sinus, a fractured eye socket and a broken rib...

Previous post:
[MN] Officer Rinehart's wife walked into council meeting beaten up - ..."She had some bleeding from her nose, blood on her shirt and her face was puffy and swollen," said Maplewood Police Chief David Thomalla, who was attending a biweekly City Council meeting when the victim walked into City Hall, where the police department also is located. Rinehart's wife, who complained of rib pain, too, was taken to St. John's Hospital in Maplewood... He said officers have to be careful when dealing with other officers because they are often armed...

ST. PAUL CANINE UNIT OFFICER ACQUITTED OF BEATING HIS WIFE
Minneapolis Star Tribune
Anthony Lonetree
Last update: December 16, 2009 - 9:48 PM
[Excerpts] A St. Paul police canine officer was acquitted Wednesday by a Ramsey County District Court jury of felony assault in the alleged beating of his wife last summer. Isaac Rinehart, 42, had been accused of assaulting his wife, Lisa Rinehart, while they were in a car outside his Maplewood home on June 22. After the verdict was read, Isaac Rinehart's attorney, Andrew Birrell, said that he and the officer were "...grateful. It's been a nightmare for Isaac." A felony conviction could have spelled the end of Rinehart's law-enforcement career. As it now stands, his future with the department is uncertain... [Full article here]

JURY ACQUITS ST. PAUL COP OF ASSAULT CHARGE AFTER WIFE RECANTS
Pioneer Press
By Emily Gurnon egurnon@pioneerpress.com
Updated: 12/16/2009 03:32:16 PM CST
[Excerpts] A jury acquitted St. Paul police officer Isaac Rinehart of felony third-degree assault after his wife, the alleged victim in the case, recanted the story she told police on the night of June 23... One juror, who did not want to be identified, said the prosecution gave them nothing to go on. "There wasn't any corroborating evidence," the juror said. "It was one word against another." For instance, the prosecutor didn't ask the emergency room physician, who treated Lisa Rinehart that night, whether her injuries were consistent with her testimony of Tuesday — which was that she harmed herself by letting a heavy door close on her. She had broken bones in her face and a broken rib. The night of the incident, she told Maplewood police that her husband had grabbed her hair and punched her in the face and ribs in the midst of a discussion about their marriage... On the witness stand Tuesday, she said she had been at her husband's home in the 2100 block of Barclay Avenue in Maplewood the night of the incident. He revealed that he had had some affairs, and she was upset. "I harmed myself," she said... [Full article here]

July article, since last post:
ST. PAUL POLICE OFFICER NOW FACES FELONY CHARGES IN ASSAULT
Misdemeanor assault charge changed after it was found that his wife had suffered broken rib and facial bones.
Star Tribune
By Pat Pheifer
Last update: July 17, 2009 - 12:04 AM
[Excerpts] After Lisa M. Rinehart walked into Maplewood City Hall the night of June 22 with a bloody nose and a puffy, swollen face, authorities determined to charge her husband, St. Paul police canine officer Isaac Rinehart, with misdemeanor domestic assault. Those charges were changed Thursday to felony third-degree assault after it was determined that the woman's injuries constituted "substantial bodily harm," according to documents filed in Ramsey County District Court. Medical records showed that Lisa Rinehart suffered a fractured right cheek with bone fragments pushed into her sinus, a fractured eye socket and a broken rib... Rinehart and his wife apparently were estranged before the incident... "He said they should get divorced and was agitated," the complaint said. When Lisa Rinehart tried to leave the car, Isaac Rinehart "grabbed her hair... then used his left hand to hold her head down and began beating her with his right fist." The county attorney's office has not decided whether to refer the case to another county to avoid a possible conflict of interest. [Full article here]