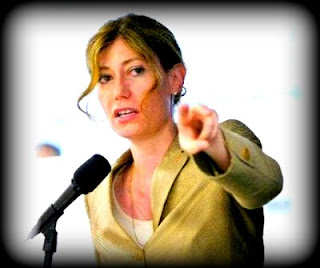 Attorney General Anne Milgram warned law enforcement agencies in New Jersey that they could be sued by domestic violence victims or their survivors if they don't adopt the state's new guidelines for handling domestic violence involving police officers...


COPS SHOULD FOLLOW NEW DOMESTIC VIOLENCE PLAN, AG SAYS
Cliffview Pilot
Jerry DeMarco
Tuesday, 15 December 2009
[Excerpts] Attorney General Anne Milgram warned law enforcement agencies in New Jersey that they could be sued by domestic violence victims or their survivors if they don't adopt the state's new guidelines for handling domestic violence involving police officers. Milgram says the new guidelines, adopted last week, help protect victims who feel intimidated because their alleged abusers are cops. For one thing, it requires a supervisor to join any rank-and-file cop dispatched to a domestic incident involving a brother officer. Milgram, who will be replaced by Essex County Prosecutor Paula Dow after incoming Governor-elect Christopher Christie takes office next month, produced the policy at the urging of the International Association of Chiefs of Police and the Domestic Violence Fatality and Near Fatality Review Board, part of the Division on Women in the state Department of Community Affairs. There didn't seem to be much input from local police chiefs. However, Milgram didn't try to make the policy mandatory -- a nod, her office said, to those departments that can handle such incidents just fine on their own. She also said other departments were free to develop their own guidelines... Dow - who, like Milgram, is a former federal prosecutor -- hasn't expressed an opinion on the policy yet. [Full article here]

NEW JERSEY ATTORNEY GENERAL ANNE MILGRAM ISSUES NEW POLICE POLICY FOR DEALING WITH DOMESTIC VIOLENCE
Press of Atlantic City
By Lynda Cohen
Thursday, December 10, 2009
[Excerpts] The state attorney general issued a new model policy Thursday for police departments dealing with domestic violence issues involving their own. But much of the directive is already done locally, according to police in Atlantic County... Both Atlantic City and Pleasantville already have many of the standards in place recommended under Milgram's directive, officials said. "The Atlantic City Police Department has a long-standing tradition - probably more than 25 years - of screening their candidates," Sgt. Monica McMenamin said. "We conduct thorough background checks." Pleasantville does as well, Chief Duane Comeaux said. In-service training also includes a focus on domestic violence cases, Comeaux said. The policy would include four hours of annual training on domestic violence issues, with supervisors getting additional training on recognizing potentially abusive behavior... Psychological examinations of all candidates will also be required under the directive, which applies to all municipal police departments, as well as state and county law enforcement agencies, according to Milgram. While much of the policy is already done, Comeaux said he welcomes the model. "Any training is good," he said. "That's the way most chiefs look at it. That's the way I look at it." The model is based on one recommended by the International Association of Chiefs of Police and a report of the NJ Domestic Violence Fatality Review Board... [Full article here]

FROM EARLIER THIS YEAR:

...unions representing troopers and superior officers have been upset that Attorney General Anne Milgram has vetoed some of the proposed promotions... According to testimony at the arbitration hearing by the State Police chief of staff, those rejected included some who had been involved in falsification of records, domestic violence, or other "issues that would be relevant to the progression of someone to the next highest rank"...

...According to testimony at the arbitration hearing by the State Police chief of staff, those rejected included some who had been involved in falsification of records, domestic violence, or other "issues that would be relevant to the progression of someone to the next highest rank"...

N.J. STATE POLICE, ATTORNEY GENERAL LOCK HORNS OVER PROMOTIONS
By Chris Megerian/Statehouse Bureau
July 12, 2009, 4:00PM
[Excerpts] or almost two years, Attorney General Anne Milgram and State Police unions have been engaged in a behind-the-scenes battle over her power to reject trooper promotions proposed by the agency. And so far Milgram is winning. The unions contend Milgram has been too aggressive in denying promotions to troopers, digging deeper into disciplinary records and judging candidates with criteria outside their contract. An arbitrator supported her right to deny promotions in a decision issued in March, but further fights may be ahead. In the latest round of promotions two months ago, Milgram approved 315 promotions and rejected 17. In the previous round, in January 2008, she approved 179 and rejected 15... Dennis Hallion, who retired as president of the sergeant's union last month, said Milgram has rejected troopers even after they emerged from probationary periods following an infraction... Attorneys general have used promotion denials as a way to keep problem troopers from rising in the ranks. Some of the troopers Milgram rejected were involved with domestic violence or falsification of reports, State Police Chief of Staff Lt. Col. Thomas Gilbert testified during a labor arbitration hearing. "The attorney general's responsibility is to carefully consider the qualifications of all those proposed for promotions," said David Wald, Milgram's spokesman... The current dispute comes as the State Police moves closer to the conclusion of a decade-old consent decree... A bill awaiting Gov. Jon Corzine's signature would turn into law many of the reforms the State Police have adopted as part of the decree, one of the final steps needed before federal oversight ends and the Attorney General's Office becomes the sole monitor. The Non-Commissioned Officers Association, Hallion's former union, took Milgram on late last year, accusing her of rejecting promotions based on "new, unannounced criteria" not in their contract. In response, Milgram said her authority "exists above and beyond the negotiated promotional procedures," according to the March 28 decision by arbitrator Joel Weisblatt. The union protested on behalf of three sergeants prevented from advancing to sergeant first class in January 2008. The three troopers --- who were not identified in the redacted copy of the arbitration decision obtained by The Star-Ledger -- had disciplinary records that included problems with "candor, falsification of reports, involvement in domestic violence incidents and issues that would be relevant to the progression of someone to the next highest rank," Gilbert said... State Police Superintendent Rick Fuentes declined to comment on the issue. New Jersey is one of the only states where the attorney general oversees the State Police. That creates a unique dynamic... State Troopers Fraternal Association president David Jones declined to comment for this story. [Full article here]

NEW JERSEY STATE POLICE VS. ATTORNEY GENERAL ANNE MILGRAM: EXERCISING JUDGMENT
By Kelly Heyboer
July 15, 2009, 1:26PM
[Excerpts] It's called the chain of command. In the New Jersey State Police, the chain leads up through the ranks of troopers and officers to the superintendent, and then to the attorney general. When it comes time every year for promotions to be considered, supervising officers compile their recommendations for the superintendent. Seniority factors in, and so does job performance, leadership ability, and any special achievements -- or disciplinary problems -- in each officer's service record. The superintendent puts together a list of recommended promotions. Then it goes up the chain of command to the attorney general. Lately the unions representing troopers and superior officers have been upset that Attorney General Anne Milgram has vetoed some of the proposed promotions. They complain she's made "arbitrary" decisions to deny advancement to certain troopers... According to testimony at the arbitration hearing by the State Police chief of staff, those rejected included some who had been involved in falsification of records, domestic violence, or other "issues that would be relevant to the progression of someone to the next highest rank"... Milgram's office is working on creating a written test that would help make the promotion process more transparent and less subjective. But testing programs have their own problems -- look what happened with the firefighters in New Haven. And when it comes to choosing leaders in a military-style organization like the State Police, test scores, seniority, and other facts and figures can never be the only determining factors. It will always be a judgment call, and someone has to be the final judge. Milgram is right to take that responsibility seriously. [Full article here]
[police officer involved domestic violence oidv intimate partner abuse law enforcement public safety fatality fatalities new jersey policy brotherhood police union hero]
on 12/18/2009