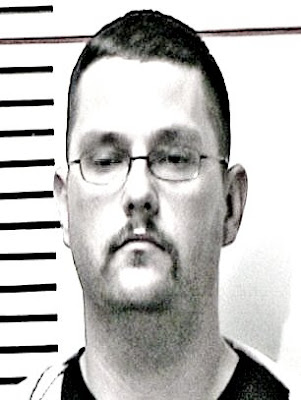 Previous post:
[TX] Police Chief Ivy who brutalized, tasered girlfriend was on his EIGHTH cop job & had domestic priors - ...[IN COURT, LEON COUNTY VICTIM SERVICES TANYA] FOSTER POINTED TO SEVERAL PICTURES SHOWING A WOMAN WITH A BLACK EYE, BRUISED ARM, AND WHAT FOSTER SAID WERE TASER BURN MARKS NEAR THE EYE AND ON THE WOMAN'S SIDE... ANOTHER LEON COUNTY OFFICER TIPPED IVY OFF THAT A WARRANT HAD BEEN ISSUED FOR HIS ARREST...

JAIL TIME POSSIBLE FOR EX-POLICE CHIEF ACCUSED OF TASERING GIRLFRIEND
A former Oakwood police chief accused of tasering his live in girlfriend could spend more time in jail.
KBTX
Mike George & Ashley Sigman
Dec 14, 2009
[EXCERPTS] A former Oakwood police chief accused of tasering his live in girlfriend could spend more time in jail. Leon County District Attorney, Whitney Smith says a plea deal had been worked out, but in court the alleged victim said she was upset by the deal. Oly Ivy would have plead guilty to assault family violence and received probation for a one year jail sentence, but because Ivy's attorney was not present the plea has been rescheduled for January. Oly was arrested in April of 09. His live in girlfriend at the time said she had been tasered by Ivy several times, not only the night of his arrest, but also in the past... Ivy's law enforcement experience totaled just over 7 years, and took him to Ohio and six other departments in Texas... four months in Lott, eight months in Marlin, 10 months at McGregor, 9 months in Valley Mills & 11 months with Hearne Police... THE CITY OF OAKWOOD WAS AWARE OF IVY'S SHORT-TERM STINTS, BUT CITY COUNCIL MEMBER DAVID NEEL SAID THE CITY NEVER DID A BACKGROUND CHECK. Neel said the city left the background check up to the Texas Commission on Law Enforcement Officer Standards and Education, or TCLEOSE. A spokesperson for TCLEOSE said the agency doesn't run background checks, and simply provides law enforcement work history... COURT RECORDS SHOW IN DECEMBER OF 2003, WHILE IVY WAS NOT EMPLOYED BY A POLICE DEPARTMENT, HE WAS CHARGED WITH DOMESTIC VIOLENCE. The allegation was made against Ivy in Portsmouth Ohio. The case went on for nearly two months before it was dismissed because alleged victim failed to appear in court. In Oakwood, Ivy was on the job just two months before he was arrested on allegations of tasering his wife... [Full article here]
[police officer involved domestic violence oidv law enforcement texas repeat officer, gypsy cop hopper hopping hop fighter brotherhood]
on 12/15/2009