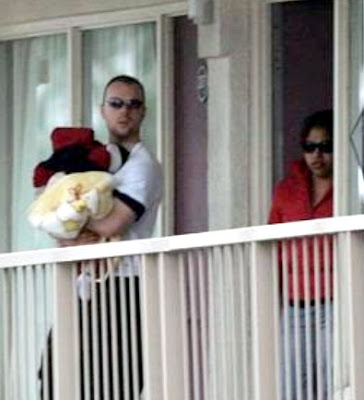 A former South Carolina police officer, David Dietz of Lexington, has been sentenced to 35 years in prison for kidnapping and holding his ex-girlfriend and infant son hostage in Georgia...

EX-COP TO PLEAD INSANITY TO KIDNAPPING CHARGE
COLUMBIA (AP)
Chaunte' McLean
7/16/2009
[Excerpt] An attorney for David Dietz says in court documents filed this week he intends to introduce evidence that his client was suffering from a mental disease or defect at the time of his alleged crimes... [Full article here]