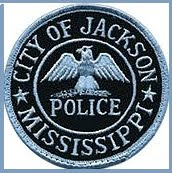 JPD Officer, Wife Charged With Domestic Violence
Officers Called To Patrick Smith’s Home
WAPT
December 30, 2009
JACKSON, Miss. -- A Jackson police officer and his wife have both been charged with domestic violence, Jackson Police Department officials said. JPD officers were called Monday to Patrick Smith’s home. An officer reported seeing blood and bruising on Smith and his wife, Saundra Smith. They were both arrested and charged with domestic violence, JPD officials said. JPD officials haven’t made a decision as to whether Patrick Smith will face disciplinary action. [LINK]