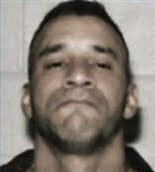 ..."He's been put on administrative leave pending our internal investigation. We've asked him to come by the police department, but he has yet to do so," La Vergne Police Chief Ted Boyd said... Boyd said he and other members of his department are conducting their own investigation to determine what caused the incident. "There's always two sides to a story. It's a bad situation for anybody, but especially an officer, because it limits your ability to earn a living," he said...


WHERE IS THE CHIEF'S EQUAL CONCERN FOR THE VICTIM'S SAFETY, THE CHILDREN'S TRAUMA, OR EVEN THE OFFICER'S VERY LIFE? THIS IS TOO COMMON OF A RESPONSE - TO APPROACH THE ENTIRE INCIDENT ALREADY TUNNEL FOCUSED ON THE LAW ENFORCEMENT OFFICER'S CAREER AS THE TOP PRIORITY, REGARDLESS OF THE DRINKING, CRIMINAL HOME VIOLENCE, POTENTIAL FUTURE HARM TO OTHERS OR SELF, AND BLATANT LACK OF PROFESSIONAL JUDGMENT. BY THE CHIEF'S WORDS THIS ASSAULT OF A WOMAN IN FRONT OF CHILDREN SOUNDS LIKE MORE OF A CAREER SNAG THAN A CRIME, WARNING, OR LIABILITY. 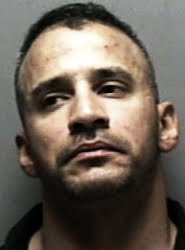 LAVERGNE OFFICER ARRESTED BY SMYRNA OFFICER
wgnsradio.com
December 1, 2009
Smyrna Police arrested a LaVergne Police Officer on domestic violence charges. Joseph Pena, age 37, was arrested early Sunday morning at a Smyrna address. The arrest came after an alleged fight between Pena and a female. According to a report filed with Smyrna Police, Pena was accused of throwing a 36-year old female into a wall. Pena’s three children were said to be in the home when the incident occurred. The 36-year old female is not believed to be the mother of the children who were only visiting their father from out of state. The mother of the kids had to be notified by telephone and reportedly drove to Tennessee to pick the children up. When handcuffed, Pena was also charged with resisting arrest. Pena has been a LaVergne Police Officer since 2008. [LINK]

OFFICER CHARGED WITH DOMESTIC ASSAULT SUNDAY
The Tennessean
Mealand Ragland-Hudgins
November 30, 2009
A La Vergne police officer is under investigation for his role in an alleged domestic incident following an arrest early Sunday morning.

Joseph Pena, 37, was arrested by Smyrna police around 5:30 a.m. after fighting with his girlfriend at a Henricks Hill Drive home.

A transcript of the call shows an unidentified female at the home called police to report Pena and her aunt, Janet Morris, 36, were fighting. Morris asked the female to call, but Pena said not to because he was afraid of losing his job. Pena has worked as a patrol officer in La Vergne since Nov. 23, 2008.

“He’s been put on administrative leave pending our internal investigation. We’ve asked him to come by the police department, but he has yet to do so,” La Vergne Police Chief Ted Boyd said late Monday afternoon.

The dispatch report from Smyrna police states Pena threw Morris into a wall at the home and sat on her. In addition to the caller, Pena’s three children visiting from Ohio, were at the home as well. One of the children managed to get a cell phone and dial 911.

At one point, Pena took the phone from the caller and said nobody had been assaulted, but that he and Martin had been drinking. He also told dispatchers that he and his girlfriend had no history of assault and that Martin was upset by the argument.

Dispatchers were able to hear Martin calling for the children to come witness part of the struggle as Pena was holding her down, the report said.

The mother of Pena’s children was notified and drove down from Ohio to pick them up.

Pena was charged with domestic assault and resisting arrest and given a $3,000 bond. He was taken to the Rutherford County Jail on a 12-hour hold and was released sometime after 4 p.m. Sunday.

Boyd said he and other members of his department were conducting their own investigation to determine what caused the situation.

“There’s always two sides to a story. It’s a bad situation for anybody, but especially an officer, because it limits your ability to earn a living,” he said.