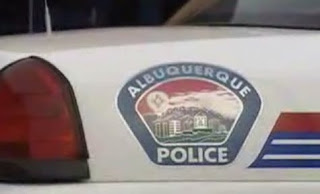 ...Investigators said they are trying to determine whether [Albuquerque Police Officer Tammy] Massart shot herself or if another person at her home fired the shot...

APD OFFICER SHOT WHILE OFF-DUTY
krqe.com
Saturday, 28 Nov 2009
PERALTA, N.M. (KRQE) - A police officer is in the hospital, after she was shot in the torso while off-duty after a domestic dispute on Thanksgiving Day. Investigators identified the officer as Tammy Massart. She was home in Peralta when someone reported hearing gunshots. State police said Massart was in some sort of dispute with her live-in partner when the gun went off. The investigation is ongoing. Massart underwent surgery on Thursday and Friday. Her condition has stabilized. [LINK]

OFF-DUTY APD OFFICER'S SHOOTING UNSOLVED
Tammy Massart Shot In Torso, Police Say
KOAT.com
Nov 29, 2009
ALBUQUERQUE, N.M. - Investigators are trying to figure out how an off-duty Albuquerque police officer was shot on Thanksgiving. Police said Tammy Massart was shot in the torso. Investigators said they are trying to determine whether Massart shot herself or if another person at her home fired the shot. Authorities claimed Massart and her life partner had been arguing earlier in the day. Neighbors expressed concern. "I'm just concerned about Tammy and want to know how she's doing," said Louie Sanchez, a neighbor. Massart, a 17-year APD veteran, continues to recover. [LINK]


YOUTUBE VIDEO:
APD officer shot near Los Lunas
551 views•Nov 28, 2009
KOB 4
7.27K subscribers
An Albuquerque police officer is recovering tonight after being shot during a Thanksgiving Day argument near Los Lunas. Jeff Marrs spoke with a family member who was there during the shooting. He is live tonight at UNM hospital with the story you'll see only on 4, Jeff. Tom, Tammy Massart, a 17 year veteran of Albuquerque Police department, just went through her second surgery here at UNM Hospital after getting shot in the stomach. State Police tell us she is in stable condition the circumstances surrounding the shooting are still unknown.  Around 8 last night Bosque Farms police were called out to this home after an off-duty Albuquerque police officer was shot in the stomach. The officer was rushed to UNM Hospital. State Police took over the investigation in spent the entire night sifting through evidence inside the house. Today we went back to the house to try and learn more about what happened. A man who identified himself as the son of the officer's life partner told us what happened off-camera. "I thought it was going to be a normal Thanksgiving and there's also the arguing. And trying to watch a movie, then you hear a pop, and then you hear someone yell call 911 - just screaming bloody murder basically.

The man says the officer, Tammy Massart, has been with his mother for the past 27 years.

He says they live together at the home. State Police say it's unclear whether Massart shot herself during the argument or if she was shot by somebody else, but they say no arrests have been made yet. The man suggested that Massart did it to herself. "I mean she really hurt my mom last night. Not physically, but with doing it right in front of her." The man says there were also three children in the house at the time of the shooting, including his own young son. State Police say she was shot with a handgun. They are not sure if it was her own police issue gun. (Man:) "And if you put this on the air just tell people that things happened, and think before you do anything because you're not just hurting yourself, you're hurting other people too." And State Police tell us they are planning on interviewing Massart when she is in a condition where she can talk to them about what happened to that night. Live at UNM Hospital, Jeff Maher News 4.
https://www.youtube.com/watch?v=WcxM8JtI_Lc
[police officer involved domestic violence oidv intimate partner abuse female oidv law enforcement public safety lethal attempted murder or suicide new mexico lgbt]
on 12/12/2009