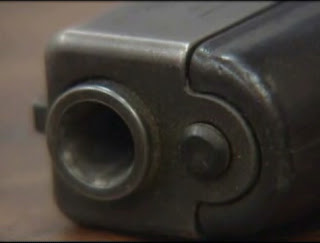 POLICE OFFICER'S GUN WOUNDS WIFE
Fort Smith Times Record
Amy Sherrill
March 11, 2010 10:20 AM CST
A Pocola police officer shot his wife in the foot Wednesday while clearing his weapon at their Moffett home, according to an incident report. Fort Smith police were called to Sparks Regional Medical Center at about 11 a.m. in reference to a battery report. Pocola police officer Thomas Crowe, 38, told police he had been shooting his weapon in the bottoms, south of Roland that morning, according to a police report. When he returned home he sat down next to his wife, Melanie, and accidentally shot her in the right foot while trying to clear his weapon, according to the report. Thomas Crowe then drove his wife to Sparks for treatment. The Moffett Police Department was called onto the case and arrived at Sparks to take a report from the couple. [LINK]
[police officer involved domestic violence oidv intimate partner violence (IPV) abuse law enforcement public safety arkansas state]
on 3/11/2010