[OH] NO LONGER AN OFFICER, COREY EARL IS NO LESS SCARY 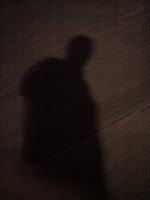 I HAVE POSTED SO MANY POSTS ON NOW-FORMER LORAIN POLICE DETECTIVE COREY EARL THAT WHEN I LIST THEM, THE SEARCH ENGINES THINK I'M MISUSING SEARCH TERMS AND DON'T PICK UP THE PAGES IN THEIR RESULTS. (THE LIST IS HERE IN THE LAST POST.)

HE WAS DANGEROUS WHEN HE WAS A COP, HIS "CAREER" PROTECTED BY HIS CHIEF, CEL RIVERA.

BUT HE JUST KEPT PERPETRATING. HE KEPT BEING SCARY.

NOW HE'S MANAGED TO FIND ANOTHER CRIME TO BE INDICTED FOR, THE DAY AFTER HE WAS IN JAIL ON SOMETHING ELSE:

FORMER LORAIN COP COREY EARL INDICTED FOR FORGERY, PASSING BAD CHECKS
Chronicle-Telegram
Brad Dicken .
March 2nd, 2010
[Excerpts] Former Lorain police Officer Corey Earl has been indicted on charges of forgery and passing bad checks. Lorain police Sgt. Mark Carpentiere said evidence gathered during a burglary investigation showed that a stolen check had been deposited into Earl’s Lorain National Bank checking account... A second man, Duncan Walker, 50, is accused of cashing a stolen check from the same burglary... Duncan has a criminal record, including convictions for drugs, non-support of dependants, breaking and entering, and theft. The checks, along with cash, were stolen from the offices of an apartment complex... A window in the office had been left open and a screen was cut that could have allowed someone to crawl through the window. Carpentiere said the burglary remains unsolved... Mike Duff, Earl’s attorney, said his client had been helping out a friend by depositing the check in his account for her. “Corey is not guilty and he’ll be vindicated at trial,” Duff said. “He did not know that check was stolen.” This isn’t Earl’s first encounter with the law since he left the force on disability retirement last year following a series of strokes. He is awaiting sentencing in Oberlin Municipal Court after violating his probation in a telephone harassment case involving his ex-wife, Laura Astorino. Earl, 48, had been charged with violating a protection order that Astorino filed against him in 2007, after he allegedly put a gun to his head and threatened to kill himself in their Amherst home... Earl is also the subject of a civil stalking protection order that requires him to stay away from an ex-girlfriend... Earl, who once served as president of the Lorain police union, had a troubled final few years with the department, including threatening to beat a corrections office with a baseball bat, writing a joke traffic ticket and pulling over the ex-husband of a woman he was dating. Both Earl and Duncan are free on bond... [Full article here]

EX-OFFICER ACCUSED OF FORGERY: COREY EARL INDICTED FOR CASHING A CHECK BELONGING TO SOMEONE ELSE
The Morning Journal
Published: Tuesday, March 2, 2010
[Excerpts] Former Lorain police Officer Corey Earl was indicted yesterday for one count of forgery and a misdemeanor count of passing bad checks... Lorain County Prosecutor Dennis Will said. The check was a personal check, but Will said he didn't recall to whom the check belonged. The case was investigated by the Lorain Police Department, Will said. Earl was also in the county jail Sept. 18, a day before the alleged crime took place, after he turned himself in on an arrest warrant issued by the Oberlin Municipal Court for contempt of court. He missed his court date on a case involving a telephone harassment charge filed by his former wife... Earl was arrested in January 2009 for stalking after his ex-girlfriend told police he was stalking her and her family, texting and calling her repeatedly and tailing her home from work, according to a court document. In July 2009, he was fined $250 by Lorain County Common Pleas Court Judge James Miraldi for calling the county dog warden and Lorain police for allegedly abandoning her two dogs. Earl was disciplined in early January 2008 after he admitted to making inappropriate comments to his girlfriend's ex-husband during a traffic stop, according to reports. Also in January 2008, the Amherst Law Director's office dismissed a charge Earl violated a protection order concerning his ex-wife. Amherst police were called to the woman's home for domestic disputes on July 6, 2007, and Aug. 13, 2007... [Full article here]

HE ALLEGEDLY HAD SOME STROKES AND A CLOUD OF PRAYERS ROSE HOPING THAT HIS CRIMES AND THREATS WOULD CEASE.

(DID HE RETIRE ON A MEDICAL?)

HE HAUNTS LIKE A  SCARY MOVIE, THE MONSTER FROM THE SWAMP THAT KEEPS ARISING.

BEING SCARY IS ALL HE HAS LEFT.

I CANNOT FATHOM THE YEARS OF LIFE THAT HE HAS STOLEN FROM OTHERS - YEARS GIVEN OVER TO FEARING WHERE HE WILL POP UP, WHAT SHADOW HE WILL STEP FORWARD OUT OF, WHICH BUSH, WHICH CLOSET, WHAT WILL HE DO, WHEN, WHERE, HOW. WHICH INSTRUMENT HE WILL BE HOLDING IN HIS HAND.

THE ARTICLE ABOVE SAID HE HELD A GUN TO HIS HEAD BUT DIDN'T MENTION THAT IT WASN'T HIS HOME, THAT IT WAS IN THE MIDDLE OF THE NIGHT, HOW HIS ESTRANGED SLEEPING WIFE (WHO WAS NOT EXPECTING COMPANY)
AWOKE TO HIM
OVER THE BED,
ARMED,
OR HOW SHE GOT HIM AWAY FROM THE SLEEPING CHILD (LIKE A SELF-SACRIFICING HUMAN GUARDIAN ANGEL) AND ENDED UP HOLED UP IN THE BATHROOM WITH HIM WONDERING
IF HE WOULD SHOOT HER TOO
OR WHAT INDELIBLE IMAGE
SHE WAS ABOUT TO SEE.


THE TERROR
IS IN
THE OMITTED
DETAILS.
I FEAR FOR HIS VICTIMS FROM A DISTANCE.

THE POINTS OF MISSED INTERVENTION WERE

HIS CRIMES.
HE SHOULD BE IN JAIL. NOTHING THAT HAPPENS SHOULD BE HAPPENING BECAUSE HE SHOULD HAVE BEEN HELD ACCOUNTABLE.

TO HIS EX'S:
MAKE WHAT EVERYONE FEARS WILL HAPPEN, HARD.