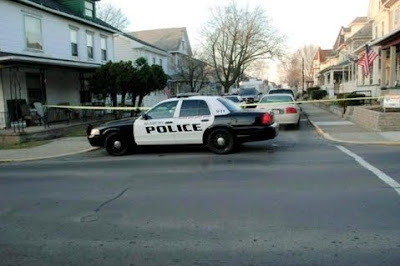 ...“The couple had a history of domestic altercations,” according to a search warrant request... Sunbury Police Chief Steven Mazzeo said he hadn’t “looked at the numbers” of [domestic] incidents, but he knows of more than one during his two years as Sunbury police chief... Although the department knew of the domestic friction between the Millers, “there was no indication anything would have risen to this level,” he said. Mazzeo said he personally counseled both of them...

ROBIN AND HER HUSBAND. SUNBURY POLICE OFFICER MICHAEL MILLER. WERE BEING COUNSELED FOR THEIR DOMESTIC PROBLEMS / MULTIPLE DOMESTIC "INCIDENTS" BY POLICE CHIEF STEVEN MAZZEO?  WHAT DOES THAT MEAN? PSYCHOLOGICAL COUNSELING? - IS THE CHIEF A PSYCHOLOGIST?

THE CHIEF CAN'T REMEMBER HOW MANY INCIDENTS OFF THE TOP OF HIS HEAD? 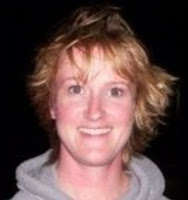 WHAT DID HE SAY TO ROBIN? WHAT HAD ROBIN REPORTED TO HIM? WAS THE CHIEF WARNING ROBIN HOW SHE COULD RUIN MICHAEL'S CAREER? TELLING HER TO BE A BETTER WIFE OR TO NOT LEAVE HIM - AGAIN? WAS HE ADVISING MICHAEL TO KEEP IT LOW? WHAT DOES "COUNSELING" MEAN IN CHIEF TALK? 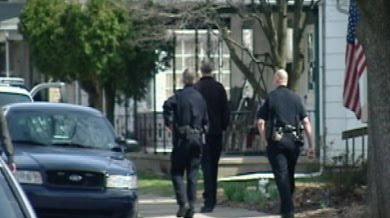 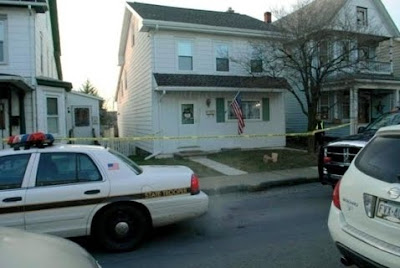 ...According to the Web site of Purple Berets, a grass-roots organization advocating for justice for women, domestic violence is two to four times more common in police families that in the general population...

WIFE’S DEATH A HOMICIDE, CORONER SAYS
Robin L. Prentice Miller’s death by gunshot was ruled a homicide Monday.
The Daily Item
By Diane Petryk
Published March 23, 2010 11:35 am
Robin L. Prentice Miller’s death by gunshot was ruled a homicide Monday... State police believe her husband, Sunbury police Cpl. Michael W. Miller, shot her with a 9 mm pistol... The Sunbury Police Department was making counseling services available to its remaining nine officers, beginning Saturday. “Several officers have availed themselves of the option not to come to work,” Mazzeo said... No autopsy was to be conducted on Michael Miller, state police said Sunday... The Millers had one daughter... Mrs. Miller had two daughters from a previous marriage... The autopsy on Robin Miller was performed by Dr. Samuel Land, a forensic pathologist, at Lehigh Valley Hospital, Allentown... According to the Web site of Purple Berets, a grass-roots organization advocating for justice for women, domestic violence is two to four times more common in police families that in the general population. Susquehanna Valley Women in Transition was referring all media calls pertaining to domestic violence Monday to the Pennsylvania Coalition Against Domestic Violence in Harrisburg. Spokeswoman for the group [PCADV], Judy Yupcavage, said their experience is that state police and local police take abuse in their midst very seriously. “But when police kill,” she said, “it demonstrates there are no exceptions to who can be an abuser.” [Full article here]

PCADV'S SPOKESPERSON DOES NOT POINT OUT THE ENHANCED LETHAL DANGER OF OFFICER-INVOLVED DOMESTIC VIOLENCE [OIDV], THE ADDITIONAL CHALLENGES TO REPORTING, STAYING SAFE, HIDING, OR SURVIVING. PCADV'S SPOKESPERSON DOES NOT NAME THE SLAIN OIDV VICTIMS OF PENNSYLVANIA. DOES SHE KNOW THEIR NAMES? PCADV'S SPOKESPERSON IS NOT PUSHING FOR PA LAW ENFORCEMENT AGENCIES TO HAVE SPECIFIC OIDV POLICIES, NOT STATING THE NEED FOR CURRENT RESEARCH TO DETERMINE THE BREDTH OF THE PROBLEM, NOR IS SHE ASKING ABOUT THIS OFFICER WHO HAD A HISTORY OF KNOWN DOMESTIC "INCIDENTS." INSTEAD OF USING THAT MEDIA MOMENT IN BEHALF OF THE VICTIMS WHO LIVE IN FEAR OF DEATH SHE STOOD AS A REPRESENTATIVE OF ALL THE LAW ENFORCEMENT AGENCIES IN THE STATE.

PCADV GIVES NO INDICATION OF UNDERSTANDING WHAT IS HAPPENING, EVEN IN AN ARTICLE ABOUT MURDER.

WHO STANDS FOR THE VICTIMS OF OIDV IN PA? WHO HAS A VISIBLE OUTREACH FOR A BEAT UP COP'S GIRLFRIEND?


DA: COP MURDERED WIFE
The Daily Item
By Diane Petryk
Published March 24, 2010 11:36 am
Evidence shows city police Cpl. Michael Miller fired the shots that killed his wife, Robin Prentice-Miller, District Attorney Tony Rosini announced Tuesday. Also Tuesday, Sunbury Mayor David Persing said there will be no police department-sponsored funeral for Miller, nor will the department as a whole be represented at one. Police may attend as they wish, he said. Miller may have been drunk when he shot himself in the head after shooting his wife. Mrs. Miller sent a text message on her cell phone a few minutes before the 2 a.m. shooting in which she acknowledged her husband had been out drinking and was arriving home... An autopsy was not performed on Miller's body nor were toxicology tests reported. Stonington state police trooper Kevin Kearney and Milton state police Cpl. Richard Bramhall investigated the case. They conducted numerous interviews and reviewed evidence gathered from the crime scene, as well as results of the autopsy on Mrs. Miller. Officers also reviewed, with the assistance of attending physicians, an MRI of Michael Miller's brain taken at Geisinger Medical Center in Danville... Mrs. Miller's funeral is Thursday... [Full article here]

SUPERVISOR MUST SHOW WHEN COP FIGHTS KIN The Daily Item
By Diane Petryk
March 26, 2010
[Excerpts] Every time police are called to a domestic fight involving another police officer, a supervisor should also be called. That’s the policy of the International Association of Chiefs of Police, and the reason is simple... Repeated calls to the same home involving a police officer, he said, should be a huge red flag for potential escalation. If a supervisor isn’t part of the response team, from the very first call, there’s a chance of missing the need for serious intervention. If only an officer is called to the home of a colleague, there’s the potential he’s going to cut his fellow policeman a little too much slack, Dimoff said. The entire history of domestic calls to the home of [Sunbury Police Officer] Michael Miller and Robin Prentice Miller has not been revealed, but state police have stated: “The couple had a history of domestic altercations”... Friends and family told police the couple had a tumultuous relationship... Sunbury police Chief Steven Mazzeo said he counseled the Millers twice about their disputes, but never thought their troubles would rise to the level of murder-suicide... According to the chiefs of police association, the interviewing procedure for officers should include thorough background checks... Department supervisors should consider a no-hire decision when any evidence of the above surfaces and make a zero-tolerance policy clear to all officers on the force. Moreover, departments are advised to periodically reach out to domestic partners of their officers and inform them of this policy... Mazzeo has been Sunbury’s chief of police for only the past two years, but said in that time he knew of at least two domestic incidents at the Millers’ home. He said this week he did not have the total number of domestic incidents that involved police response at the Miller residence... Wives of abusive police officers are often in difficult situation, according to the women’s justice advocacy organization Purple Berets. Their husbands always have a gun, the organization points out, have been taught to intimidate, know how to inflict pain without leaving marks and can credibly claim they “know how to get away with it”... [Full article here]


LEARN FROM EVERY MISTAKE OF EVERY MURDER AND SUICIDE SO THAT THEIR DEATHS ARE NOT COMPLETELY IN VAIN. EVERY MISTAKE HAS TO BE MAXIMIZED RATHER THAN FORGOTTEN AND EVERY WRONGFUL DEATH LAWSUIT THAT CAN BE FILED SHOULD BE FILED - TO GIVE A BETTER CHANCE TO THOSE VICTIMS STILL LIVING FEARFULLY IN THE SAME SITUATIONS.


THERE ARE MORE ROBINS OUT THERE. MORE MICHAELS.
THE REPORTERS WILL MOVE ON.