[FL] Officer Sharkey thought crashing into his wife repeatedly would help him see his kids? 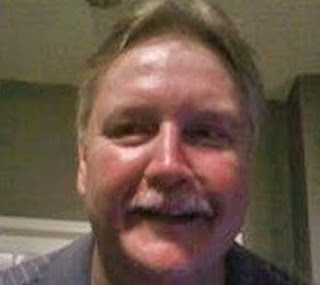 A Jacksonville Sheriff's Office [JSO] police officer [Arnold Rice Sharkey] was arrested after he showed up at his wife's job to confront her, then rammed her vehicle on a Jacksonville road... Sharkey hit the truck and tried to run them [his wife and her brother] off the road, but ended up flipping into a ditch...

Officer Sharkey's Facebook page says he's been an officer since 1987. He resigned after this recent incident.

VETERAN OFFICER CHARGED WITH ASSAULT
Jacksonville Policeman Charged With Domestic Aggravated Assault
news4jax
POSTED: Thursday, March 4, 2010
UPDATED: 7:26 am EST March 5, 2010
JACKSONVILLE, Fla. -- He spent 20 years arresting criminals, but Thursday night a veteran of the Jacksonville Sheriff's Office was the one in jail. Arnold Sharkey, 44, was taken into custody and charged with domestic aggravated assault and aggravated assault with a deadly weapon. According to his arrest report, Sharkey went to his wife's job on Wednesday to wait for her. His wife told police when her brother came to pick her up, Sharkey pulled out in front of them, swerved back and forth, and blocked their path. Sharkey then reportedly followed his wife and her brother, and hit their truck with his vehicle. The ramming continued until Sharkey flipped his car and landed in a ditch, the report said. Detectives questioned Sharkey, who said he felt his wife tried to keep him from his kids. Police said his wife filed for divorce earlier this year. [LINK]

JACKSONVILLE POLICE OFFICER ARRESTED FOR DOMESTIC VIOLENCE
First Coast News
Josey Crews Erich Spivey
Created: 3/5/2010 12:18:01 AM
Updated: 3/5/2010 4:05:40 PM
[Excerpts] A Jacksonville sheriff's officer was arrested after he showed up at his wife's job to confront her, then rammed her vehicle on a Jacksonville road, according to a police report. Arnold Sharkey was hired by the Jacksonville Sheriff's Office in 1987 but resigned from that job on Friday, effective immediately. According to his arrest report, Sharkey's estranged wife called police on Wednesday after he called her and showed up at the place where she works. Hours after she reported that to police, Sharkey's wife was picked up by her brother at work. The two were on their way home, in their pick-up truck and were driving down New Berlin Road when Sharkey started following them... Sharkey hit the truck and tried to run them off the road, but ended up flipping into a ditch... Sharkey told detectives that his wife, was keeping him away from his children. It says he told detectives he, "...went to her job to follow her, thinking that she would lead him to his kids." Sharkey then told the detective, "he was in big trouble." Previous articles indicate that Sharkey accidentally shot himself in the hand February 2006. Our news gathering partner, the Florida Times-Union, reported then that Sharkey was taken to Shands with minor injuries after telling rescue personnel the gun went off while he was taking it out of his fanny pack... http://www.firstcoastnews.com/news/news-article.aspx?storyid=152807

CALLS MADE TO ESTRANGED WIFE IN UNDER ONE DAY
First Coast News
Dave Wax, Ann Butler
3/12/2010
[Excerpt] A report filed by the Jacksonville Sheriff's Office sheds new light on the relationship between an officer arrested last week and his estranged wife... His wife told police that between 6 p.m. Feb. 26 and the next morning, Sharkey had called her more than 100 times. The calls filled her voicemail and he also sent several text messages. His wife said the calls were not threatening, but were annoying. She told police they are in the process of divorcing. [Full article here]

Submitted by Signal 7 on Sat. 3/6/2010 at 1:52 pm
Alot of you guys on here dont know what its like to be in an officer's shoes when it comes to marital problems. I know Ofcr. Sharkey personally. I know exactly what he is going through because I lost my law enforcement career because of my ex wife. These women will do everything they can to hurt you because they know what it takes to push the right button to cause you to lose your law enforcement career. I put on my uniform everyday and did my job well despite working, going to school full time, and caring for my daughter while my ex wife was cheating on me behind my back with another married man. Its painful. Unlike my situation, Im glad Ofcr. Shockey had enough years in to be able to eventually collect retirement. For those of you who never been in law enforcement, 9 complaints in a 20+ yr career is not bad at all. When people cant have their way, they will complain. Keep your head up Ofcr. Shockey. I dont condone what you did, but I do understand the reasons why you did what you did. I just wish you would have had the strength to handle the situation in a better way. My prayers are with you and your family including your ex wife. I hope you all can resolve your issues peacefully during your divorce preceedings... [LINK]
[police officer involved domestic violence oidv intimate partner violence (IPV) abuse law enforcement public safety lethal brutal florida state divorce]
on 3/16/2010