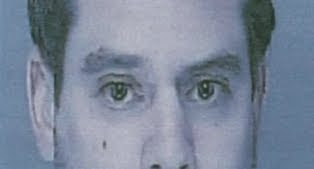 ...[Golden Valley Police Officer Paul] Schaefer was also arrested in March of 2008 in the city of Orono.  A Seargent with that department said he was arrested for allegely assaulting his then girlfriend... pushing his girlfriend, who also lived at the home, down a flight of stairs...


Video mentions the girlfriend that Schaefer was arrested for pushing down some stairs was herself also a police officer:

GOLDEN VALLEY POLICE OFFICER ARRESTED FOR DWI
MNSUN
BY SUE WEBBER
Published: Friday, February 26, 2010 3:19 PM CST
[Excerpts] A 10-year veteran of the Golden Valley Police Department is on paid administrative leave pending an internal investigation into his arrest for drunken driving and obstructing legal process last week... According to a Plymouth Police report, a citizen reported a vehicle in the ditch and said he believed the driver was drunk... Schaefer was booked at Plymouth Police Department and released pending results of a urine test and charges through the Plymouth city attorney's office, the report said. Golden Valley Police Chief Stacy Altonen confirmed that Schaefer is on paid administrative leave during an internal investigation. [Full article here]

Golden Valley Cop Arrested for DWI
Paul Schafer put car in ditch, became combative
FOX 9
22 Feb 2010
[Excerpts] A Golden Valley police officer was arrested for drunk driving last week after he became uncooperative with Plymouth police officers responding to a report of a car in a ditch... Officers found the car and saw a man, later identified as Paul Edmund Schafer, walking down the road. Plymouth police said Schafer, 36, appeared to be drunk and made comments to the officers that he is a police officer himself. Schafer told the officers he should be taken home as a professional courtesy. Plymouth police said Schafer was taken into custody after he became uncooperative and combative. He was cited for fourth-degree DWI... Schafer's criminal history includes an arrest on March 2, 2008 at his home in Orono. Police were called after he was accused of pushing his girlfriend, who also lived at the home, down a flight of stairs. At the time, officers noted Schafer’s breath smelled of alcohol, but they did not conduct an official field sobriety test. [Full article here]

Golden Valley police officer arrested for DWI
KARE
Feb 22, 2010
[Excerpts] ...When police arrived, they say off-duty Golden Valley Police Officer Paul Schaefer was out of the car and leaving the scene on foot, walking toward some area businesses. The witness pointed him out to responding officers, who then confronted him. Plymouth Police Public Information Officer Barb Cox says Schaefer would not listen to officers' orders, wouldn't take his hands out of pockets, was argumentative, tried to fight with officers and refused to go to jail. Cox also says Schaefer told the Plymouth officers that he was a Golden Valley officer and as a "professional courtesy" he should be taken home and not arrested. Cox says Plymouth police arrested him for DWI and obstructing an officer and took Schafer to jail.- DV -Cox says Plymouth City Prosecutor Elliot Knetsch is reviewing the case for possible charges.  Schaefer gave a urine sample so investigators can determine his blood alcohol content. That sample is being reviewed by the BCA and will take weeks before results are known, Knetsch said. Schaefer has been an officer with Golden Valley for ten years... Schaefer was also arrested in March of 2008 in the city of Orono.  A Seargent with that department said he was arrested for allegely assualting his then girlfriend. [Full article here]
[police officer involved domestic violence oidv intimate partner violence (IPV) abuse law enforcement public safety minnesota state cop-on-cop]
on 3/01/2010