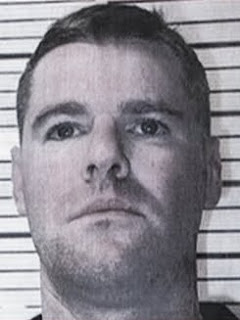 WHOSE BLOOD?
WHO CALLED POLICE FOR HELP?
WHAT DID THEY SAY?

DO THEY HAVE SUPPORT, AND OPTIONS FOR SAFETY?

SHERIFF'S DEPUTY ACCUSED OF ASSAULTING ANOTHER DEPUTY
Christopher Michael Boncek
WRAL
Posted: Feb. 28 10:49 p.m.
Updated: Feb. 28 10:58 p.m.
Youngsville, N.C. — A Warren County sheriff's deputy was out of jail on bond Sunday after being charged with assault on a government official and resisting a public officer. Franklin County deputies said they responded early Sunday to a dispute at a house along the 1300 block of Bethlehem Church Road in Youngsville. Deputies said Christopher Michael Boncek, 34, of 231 Star Lane in Hollister, was found at the home with blood on his hands. When they tried to photograph Boncek's hands, deputies said he assaulted one of them. It was unclear why Boncek had blood on his hands, and the investigation was ongoing. Boncek was released from the Franklin County jail after posting a $5,000 bond. The Warren County sheriff said Boncek's status with the department will be addressed this week. [Full article here]
[police officer involved domestic violence oidv intimate partner violence (IPV) abuse law enforcement public safety lethal north carolina state]
on 3/01/2010