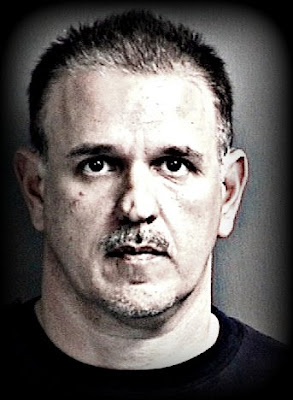 An Escambia County deputy who was placed on paid administrative leave after being arrested in January has returned to work. Sgt. Edward Henley is working at the front desk at the Escambia County Sheriff's Office...
Post from January:
[FL] Sheriff's Sgt. Henley arrested for physically assaulting wife & false imprisonment - ...[Escambia County Sgt. Edward] Henley’s wife said she was hit several times by Henley, a Sheriff’s Office news release said. Based on the physical evidence and interviews from the scene, Henley was arrested and charged...

DEPUTY HAS RETURNED TO WORK
Pensacola News Journal
Thyrie Bland
March 25, 2010
[Excerpts] An Escambia County deputy who was placed on paid administrative leave after being arrested in January has returned to work. Sgt. Edward Henley is working at the front desk at the Escambia County Sheriff's Office at 1600 Leonard St., Escambia County Sheriff's Office spokesman Ted Roy said... Henley's wife accused him of hitting her several times, the Sheriff's Office said. Henley was arrested on battery, simple assault and kidnapping charges. Henley was released from jail after being OK'd to participate in the pretrial release program. He did not have to post bond. Henley returned to jail last month after he was accused of violating a condition of his release, which included not contacting his wife. Henley was jailed without bond... Henley's attorney filed a motion asking that Henley be granted a bond because his return to jail was based on a false affidavit. The judge granted the motion by setting bond at $7,000... [Full article here]

DEPUTY BACK IN JAIL AFTER VIOLATING PRE-TRIAL RELEASE
Pensacola News Journal
Thyrie Bland
February 04, 2010 7:05 AM
[Excerpts] An Escambia County deputy who was arrested less than a month ago after a fight with his wife was back in jail Wednesday. An arrest warrant issued for Sgt. Edward Henley accused him of violating a condition of his release from jail... Henley's wife and another witness saw a neighbor leaving the Henley home in Cantonment on Sunday with a radio charger, court records show. "When asked why she had been in the home, the neighbor responded to the alleged victim that the defendant had provided her with a key to enter the home and to collect that item"... The neighbor also told Henley's wife that she had been getting mail from the mailbox per Henley's instructions... Henley's wife also said that her husband's son had come into the home through a window, and she feared for her safety... Henley had asked in a court motion last week to modify the conditions of his release. The motion, which had not been ruled on as of Wednesday, asked that Henley no longer have to wear the monitor because it was causing a financial hardship. The motion also said Henley had been asked to resume work... Sheriff's Office spokesman Sgt. Ted Roy said Henley had not been asked to return to work. [Full article here