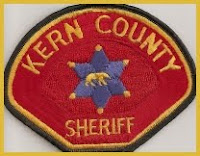 Kern County Sheriff's Deputy Joshua White was arrested by Kern County law enforcement on allegations of burglary and stolen property after his girlfriend reported he accessed her apartment and took things. The search warrant found some of her reported stolen items at Deputy White's residence, along with stolen military equipment "valued in excess of $2,800." He goes to court Tuesday.