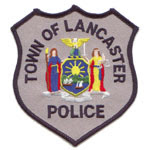 Former Lancaster Police Officer Dale R. Horn [a 28-year police veteran accused of violating a series of stay-away orders] today was ordered to serve a local jail term of up to two years for repeatedly violating the terms of the probation imposed after he ignored court orders to stay away from his ex-wife...

EX-LANCASTER POLICE OFFICER GETS JAIL TIME FOR PROBATION VIOLATIONS
Buffalo News
Matt Gryta
March 15, 2010
Former Lancaster Police Officer Dale R. Horn today was ordered to serve a local jail term of up to two years for repeatedly violating the terms of the probation imposed after he ignored court orders to stay away from his ex-wife. Jailed again since March 1, the remorseful Horn, 52, was reminded by State Supreme Court Justice Deborah A. Haendiges that his latest problems were of his own making. Last July, Horn was sentenced to 60 days in jail and five years' probation after his guilty plea to criminal contempt for violating two orders of protection obtained by his ex-wife. Prosecutor Karen Korkuc said Horn got into trouble again Feb. 4 when county probation officers made an unannounced visit to his home. Horn already was wearing an electronic monitoring device under orders from the judge. The probation officers found he had police gear that the judge had barred him for ever again owning, the prosecutor said. Korkuc said Horn resigned from the Lancaster Police Department last June after a nearly 29-year career and most recently was operating a landscaping and snowplowing business. Horn's problems began with his arrest April 22 in the parking lot of a social hall in Lancaster where his then-estranged wife, who had already obtained orders of protection against him, was attending a party. [LINK]

A couple of weeks ago:

EX-POLICE OFFICER ACCUSED OF VIOLATING HIS PROBATION
Buffalo News
March 02, 2010
A former Lancaster police officer was taken back into custody Monday on a charge that he violated an order of protection obtained against him by his ex-wife. Dale R. Horn, 52, who retired from the department after 29 years of service last year, will face a sentence of up to two years in jail when he returns to court March 15. State Supreme Court Justice Deborah C. Haendiges on Monday found Horn in violation of the sentence she handed down in July. She said probation officers found various kinds of police gear in his home when they made an unannounced visit Feb. 4, in violation of his sentencing agreement. [LINK]
[police officer involved domestic violence oidv intimate partner violence (IPV) abuse law enforcement public safety new york state prison jail professional]
on 3/15/2010