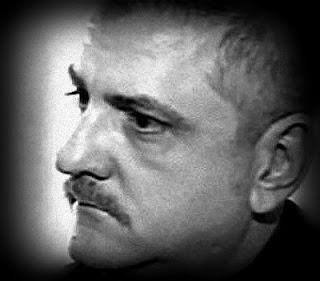 Orange County Sheriff's Master Deputy Bryan Villella accused of beating a man and threatening his life is still on the job. Orange County Deputy Bryan Villella appeared in court Tuesday afternoon where he was ordered to have no hostile contact with his ex-boyfriend, who accused him of domestic violence... “He hit me so hard that blood splattered all over the computer.” Carrion then said that Villella got his gun out and pointed it at his head and forced him to clean the blood at gunpoint... The “no hostile contact” injunction allows Villella to carry his gun during duty...


DEPUTY ORDERED TO AVOID HOSTILE CONTACT WITH EX-BOYFRIEND
Orlando Sentinel
By Walter Pacheco
March 02, 2010
[Excerpts] A judge on Tuesday prohibited an Orange County Sheriff's Office deputy who is being investigated for a domestic-violence from contacting his ex-boyfriend in a hostile manner. Orange Circuit Judge Sally D.M. Kest also said Orange County sheriff's deputy Bryan Villella, 46, cannot carry a weapon during non-working hours, as part of the order. Although Villella's attorney, Tim Berry, asked Kest if his client could be allowed to carry his weapon during off-duty security assignments, she said the court "will not be making any special exceptions in this case." Angel Joel Carrion on Feb. 18 filed a petition for a domestic-violence injunction for protection. But Kest instead granted a less restrictive "no-hostile contact injunction," which means Villella can contact Carrion and show up at his house or place of business, but not act in a hostile way. Carrion said "there will be no seeing each other." If Kest had granted a domestic-violence injunction, Villella would not be allowed to carry a weapon or contact the victim by any means... Villella spoke only to his attorney and refused to comment after the hearing. Carrion, who appeared stressed during the proceeding, afterward said: "I came here looking for an order of protection and that's what I got"... [Full article here]

DEPUTY FACES CHARGES HE BEAT BOYFRIEND, BUT KEEPS JOB FOR NOW
watermarkonline.com
Stephen Miller
03/03/2010 12:53:00
[Excerpts] A judge issued a one-year “no hostile contact” injunction against an Orange County Sheriff’s deputy. Master Deputy Bryan Villella, 46, faces allegations that he abused his boyfriend of four years, even forcing his partner at gunpoint to clean up his own blood after one altercation. The court order allows Villella to continue to work while criminal inquiries and a sheriff’s office internal investigation are proceeding against him. “I came here for protection, and that’s what I got... Bryan is a cheat and a liar and he needs to be stopped... Back in May, they were calling him one of their ‘valiant officers,’” [Angel Joel] Carrion said. In November 2009, local news coverage revealed more of the 23-year veteran deputy’s problematic behavior. The sheriff’s office then started cooperating, according to Carrion. Carrion re-filed for protection on Feb. 18 this year. However, Judge Sally D.M. Kest — the same judge who presided over the March 2 hearing—denied the request pending this upcoming court appearance... The “no hostile contact” injunction allows Villella to carry his gun during duty. However, it denies Villella the right to act as off-duty security at other events, lucrative side work for many deputies... “I’m not sure what Bryan would do if he wasn’t an officer,” Carrion says. “It’s his whole identity.” The injunction does allow Carrion and Villella to still have contact, but when asked after the court hearing about that possibility, Carrion replied, “There will be no contact”... “Law enforcement has been protecting its own,” Carrion said of his previous difficulty.... A Sentinel article stated that in 2001, Villella’s ex-wife, Helen Mackenzie, made claims of domestic abuse during their five-year marriage. He was reprimanded by the sheriff’s office in 2002 for transferring $552 from his ex-wife’s account to his. The final official report could not confirm her allegations of abuse but did state, “It is clear Villella and Ms. Mackenzie have a history of domestic disturbances.” [Full article here]

DEPUTY ACCUSED OF TASERING EX-BOYFRIEND
Deputy Ordered To Have No Hostile Contact With Ex
clickorlando.com
March 2, 2010
[Excerpts] A local deputy accused of beating a man and threatening his life is still on the job. Orange County Deputy Bryan Villella appeared in court Tuesday afternoon where he was ordered to have no hostile contact with his ex-boyfriend, who accused him of domestic violence. This is not the first time Villella, a 25-year-veteran of the Orange County Sheriff’s Office, has had serious allegation made against him. According to court documents, Villella’s ex-wife accused him of domestic violence... [ex-boyfriend Angel] Carrion lived with Villella for four years and accused him of domestic violence. Carrion told the court Villella used a department-issued Taser gun on him and held him at gunpoint. According to court records, during one alleged beating, Carrion said, “He hit me so hard that blood splattered all over the computer.” Carrion then said that Villella got his gun out and pointed it at his head and forced him to clean the blood at gunpoint. “Bryan is nothing but a cheating liar and he likes to beat people and he needs to stop,” Carrion said. “He needs to be stopped"... [Full article here]
[police officer involved domestic violence oidv intimate partner violence (IPV) abuse law enforcement public safety repeat hx brutal weapon florida state male homosexual gay]
on 3/03/2010