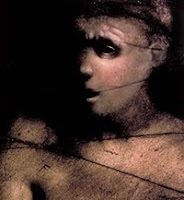 ...the couple are apparently again living together...

PEORIA POLICE SERGEANT FIRED; ALLEGEDLY THREATENED WIFE
The Arizona Republic
by Dustin Gardiner
Mar. 19, 2010 10:05 AM
[Excerpts] A Peoria police sergeant has been fired for allegedly threatening to kill his wife and engaging in other misconduct. Sgt. Tim Smith is accused of verbally threatening his wife during a telephone argument in December, saying, "If you come in here with the cops, you'll be the first one to die," his spouse told police. He was reportedly using a city-issued cell phone at the time of the incident and sent several harassing text messages... Smith, 51, is appealing his termination... According to the report, he told police investigators that he was too intoxicated at the time of the December argument to remember what he said or texted. His wife called police to alert them to the threat, though the couple are apparently again living together... Police Chief Larry Ratcliff has declined to comment on the case until after the appeal process... Detectives in Glendale's Family Crimes Unit performed the bulk of the investigation. Their report states that the investigation into the December incident revealed "ongoing domestic violence/relations issues" between Smith and his wife as well as other unsuitable conduct he had engaged in... Smith admitted throwing a drink on a man who bought his wife a beverage... Other misconduct involved damaging walls or furniture in the couple's home or apartment on several occasions... Smith was also admonished for misusing city property by placing a GPS tracking device on his wife's car without her knowledge or department permission. [Full article here]