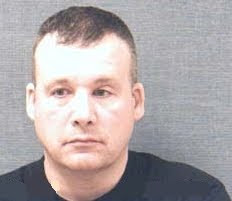 LAWRENCE TOWNSHIP COUPLE ADMIT CHILDREN ABUSED
Canton Repository
By Shane Hoover
Mar 27, 2010 [Excerpts] A part-time Dellroy police officer pleaded guilty Friday to allegations that he abused two of his girlfriend’s young children with a Taser gun. Kevin L. McCann, 48, of 10188 Radmoor St. NW in Lawrence Township, admitted to two counts of felonious assault and two counts of felony child endangering. The mother of the children, Christina L. Robinson, 22, of the same address, pleaded guilty to four counts of felony child endangering. Stark County Common Pleas Judge John G. Haas set a May sentencing date for the couple. McCann and Robinson each face the prospect of significant prison time... McCann disciplined Robinson’s 3-year-old daughter and 2-year-old son by using or placing a Taser on their bodies, leaving burn marks, according to court papers... The charges against Robinson were based on her failure to protect her children from the abuse, according to court papers... “He’s been in and out of law enforcement for 15 years,” [McCann’s attorney, Patrick] Cusma said. “He’s very concerned about going to prison. He’s very, very concerned”... McCann still is listed as an active part-time officer with the village of Dellroy in Carroll County and has been since May 2004, said Ted Hart, a spokesman for the Ohio attorney general... McCann also was a part-time deputy in Wayne County for less than a year before he was fired in 2000, said Capt. Charles Hardman of that sheriff’s office. The agency terminated McCann over allegations he had inappropriate conversations with minor females but no charges were ever filed, Hardman said. The following year, McCann was convicted of impersonating a police officer, a misdemeanor, and ordered to relinquish his Wayne County badge, according to Akron Municipal Court records. [Full article here] 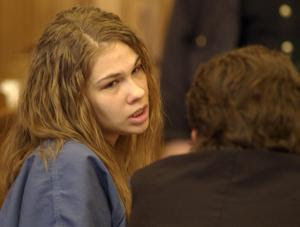