[FL] Waiting on the investigation results for Cathy Moore's suicide. 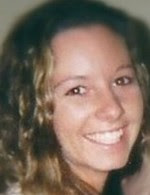 Cathy Moore
Guest Book
Daytona Beach Police Officer Chris(topher) Reeder says his girlfriend Cathryn Moore shot herself with his weapon while he was in the shower. Immediately, before there was an investigation, police were already saying it looks to be what Officer Reeder said it was.

There was only one article that I found on her death, and it has no comments, no votes. That's dissettling too.

She has a friend who is adamantly posting that Cathy had a disease (of depression) and this friend implies that settles it. If I had depression though I wouldn't want people to write me off if I was found shot to death. I don't follow the certainty. There is a disproportionate representation on this blog of the same thing over and over and over.

The one article that I'm aware of doesn't mention an outside agency taking the case so unless something new has happened, Officer Reeder's friends and collegues are conducting the investigation.