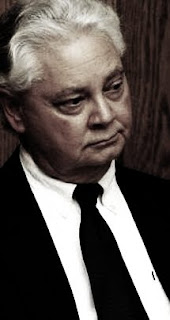 PREVIOUS POST:
[OH] FIRED, REHIRED REGARDLESS OF PROTECTION ORDER VIOLATION, THEN ALLOWED-TO-RESIGN EX-OFFICER YOUNG GETS TO PLEA BARGAIN AWAY 2 FELONIES

FORMER COP GETS 10 DAYS FOR TRACKING EX-GIRLFRIENDS
Young had been fired once before
The Marion Star
By Jessica Cuffman
March 20, 2010
[Excerpts] A former police officer who resigned from the city police department after being charged with felony crimes was sentenced [by Marion County Common Pleas Judge William Finnegan] to 10 days in jail. Mark A. Young, 56, also will be placed on community controlled sanctions for a year and a half... Young was indicted more than a year ago after he showed another officer profiles of three ex-girlfriends through the law enforcement automated data system, also called LEADS... Doing so was improper use of a telecommunications device, and he was charged with three counts, all fifth-degree felonies... HE RESIGNED FROM THE POLICE DEPARTMENT THE DAY HE WAS ARRAIGNED ON THE CHARGES... Before Young resigned, he had signed a last-chance agreement with the police department AFTER A SERIES OF CONDUCT VIOLATIONS. HE WAS CONVICTED of misdemeanor violation of a protection order after a fight with his estranged wife in December 1999. YOUNG WAS FIRED the same month for using his badge to try to obtain information at a hotel about his wife... AN ARBITRATOR LATER RULED YOUNG SHOULD BE REINSTATED AS A POLICE OFFICER, THOUGH THE CITY HAD FOUND FOUR VIOLATIONS OF GENERAL RULES OF OFFICER CONDUCT... [Full article here]
[police officer involved domestic violence oidv intimate partner violence (IPV) abuse law enforcement public safety ohio teflon hx repeat illegal rehire abuse of power]
on 3/20/2010