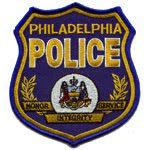 WHY IT'S SO HARD TO FIRE A PHILA. POLICE OFFICER
Inquirer
By Troy Graham and Allison Steele
Mar. 21, 2010
[Excerpts] Depending on the point of view, the arbitration system that Philadelphia police officers use to appeal firings and other punishment is either a broken, biased process or the purest form of justice. It either allows rogue cops to remain on the streets or protects good officers from capricious, often politically motivated judgments... Former Police Commissioner John F. Timoney said he remembered winning just one hearing during his tenure from 1998 through 2001, after he fired an officer for shooting an unarmed motorist. "That was the one that severed whatever relationship I had with the union," he said. "It's just not a good system, but Philadelphia is a very pro-labor town"... The union said it wins some sort of victory in 90 percent of arbitrations. Malkowski said that "depends on whose eyes you're looking at it from"... In firings, Malkowski said, the union has won about two-thirds of the cases since 2005... Arbitrators are lawyers who provide their services through the American Association of Arbitration... [Full article here]
[police officer law enforcement public safety accountability teflon philadelphia pennsylvania state]
on 3/21/2010