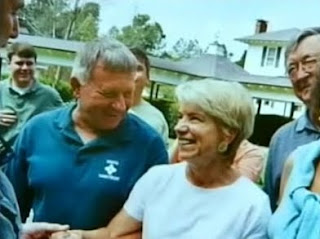 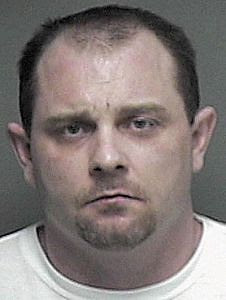 JURORS FIND POOLE GUILTY
South Carolina Now
By Traci Bridges
Published: March 8, 2010
Updated: March 9, 2010
[Excerpts] FLORENCE — A jury deliberated for a little more than an hour Monday before finding former Florence County sheriff’s deputy Timothy Poole guilty on all federal charges related to the deaths of his mother and stepfather... Poole, 36, was led into the courtroom, where the clerk announced he’d been found guilty of all counts in the 20-count federal indictment that alleged he shot and killed his mother, Linda Poole-Hilton, and her husband, Henry “Bubba” Hilton Jr., so he could gain money from their multi-million dollar estate. The victims’ family and friends held hands and wept quietly as the clerk read each count of the indictment and repeated “guilty.” Tim Poole showed little emotion. His wife, Jodie Anne Poole, sat just a few rows behind him, crying with the announcement of each count. He now faces up to 400 years in prison... Poole’s trial began Feb. 22 at the McMillan Federal Building in Florence before U.S. District Court Judge Bryan Harwell. Truslow didn’t call any witnesses, and Poole did not testify. Among those who testified for the prosecution were investigators, Poole’s former colleagues, and friends and family members of both the victims and Poole... [Full article here]


FLORENCE DEPUTIES, TROOPER TESTIFY IN EX-DEPUTY’S FEDERAL TRIAL
South Carolina Now
Timothy Poole
By Jamie Rogers | Morning News Reporter
Published: March 2, 2010
[Excerpts] FLORENCE — Several Florence County sheriff’s deputies testified during the federal trial of a man who once served alongside them and stands accused in the deaths of his mother and stepfather. Timothy Poole worked as as a jailer at the Florence County Detention Center in Effingham before working as a deputy on the Florence County Sheriff’s Office’s Criminal Enforcement Unit... S.C. Highway Patrol Trooper Julius “Jay” Duke testified Tuesday he and Timothy Poole were once friends, but his attitude began to change with time.... Duke said Timothy Poole was once very humble and the two had a lot in common, but that changed and Timothy Poole became more about money... Jodie Ann Poole is charged in the same federal indictment as her husband and admitted he asked her to lie to investigators about his whereabouts on the night his the Hiltons were slain. She signed an agreement with prosecutors in February granting her full immunity from further prosecution in exchange for her testimony, which she gave Thursday, in her husband’s trial... [Full article here]

FAMILY MEMBERS TESTIFY IN FORMER FLORENCE DEPUTY’S FEDERAL TRIAL
South Carolina Now
By Jamie Rogers | Morning News Reporter
Published: March 3, 2010
Updated: March 4, 2010
[Excerpts] FLORENCE — Family members of Timothy Poole and his slain mother and stepfather testified about their relationship with the victims Wednesday, the eighth day of Poole’s federal trial... Henry Hilton’s son, Michael Hilton, testified his father was a hard-working farmer from Dorchester County who farmed about 150 acres of land at the time of his death. He also worked at Lakewood Plantation, which was purchased by Poole-Hilton’s first husband, Richard “Dick” Poole, a Charleston-area businessman.
Michael Hilton testified his father mentioned Timothy Poole’s behavior toward his mother and wasn’t happy about it... Poole-Hilton’s daughter, Tammy Flanders, also took the witness stand Tuesday and talked about her mother. Referring to her as “her best friend”...Henry Hilton’s daughter, Kimberly Reeves, also testified and later talked about how difficult the trial has been for the family of the victims... [Full article here]

EX-FLORENCE DEPUTY’S BROTHER TESTIFIES AT FEDERAL TRIAL
South Carolina Now
Timothy Poole
By Jamie Rogers | Morning News Reporter
Published: March 4, 2010
Updated: March 5, 2010
[Excerpts] FLORENCE — The brother of the man accused of shooting their mother and stepfather to death over money took the witness stand Thursday and told the jury how he confronted the suspect.
Rick Poole, the brother of Timothy Poole who is standing trial in federal court in connection with the slayings, told the jury he visited his brother while he was being held at a Georgetown jail after being arrested and charged with the murders of Linda Poole-Hilton and her husband, Henry “Bubba” Hilton Jr., whose bodies were found Aug. 2, 2006... Assistant U.S Attorneys Rose Mary Parham and Buddy Bethea told Rick Poole he had to refrain from mentioning certain things while the jury was present, such as the drowning of their younger brother, their biological mother and an instance where he said Timothy Poole threw a knife through the door at him. Those things were ruled inadmissable... “I asked him, ‘Did you kill mom?’” Rick Poole said, after the jury returned to the courtroom. He said he looked his brother in the eye, but Timothy Poole wouldn’t answer him... Poole-Hilton’s brother, William Bright, and two of her closest friends also testified Thursday. Both of Poole-Hilton’s friends testified she often talked about her children and was becoming increasingly upset with Timothy Poole because he’d squandered thousands of dollars and kept asking her for more money. Margaret Murphy, Poole-Hilton’s partner in their Pawleys Island business, As For Me And My House, said she remembers Poole-Hilton was excited because Timothy Poole was going to start his own business and she was lending him the money for it.... Murphy said Poole-Hilton’s excitement turned to fury after she discovered Timothy Poole had spent all the money and never started the business... “She said, ‘I’m not so afraid because I have a long relationship with Tim, but I am very, very afraid for Henry,’” Murphy said... [Full article here]
[police officer involved domestic violence oidv intimate partner violence (IPV) abuse law enforcement public safety fatality fatalities murder south carolina state parents]
on 3/10/2010