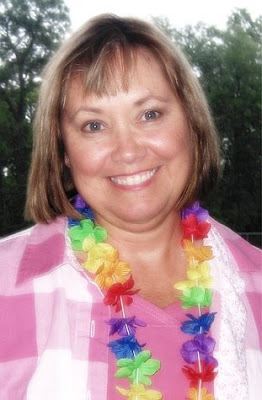 In their article excerpts below, two reporters seem to lean two different ways on the death of Pamela Parker Brady - by bits and pieces of what they chose to mention, not mention, and how things are phrased. Unless someone steps forward with new information, the only thing that will be known is what everyone knows already - that Steve and Pam Brady are gone, and that it was a very very sad ending for everyone left behind.

...[Pamela] Brady, 56, and her husband, Steve Brady, 58, a long-time attorney for the Florida Department of Law Enforcement, were found dead Sept. 22... Her brother-in-law, Hal Roberts, told police that family members were sure that Steve Brady killed her...

Previous posts:
POLICE: VETERAN SEMINOLE EDUCATOR DIED FROM SUFFOCATION
Orlando Sentinel
Willoughby Mariano
March 6, 2009
[Excerpts] Pamela Brady, the second-grade teacher found dead beside the body her husband in New Smyrna Beach six months ago, probably suffocated inside a plastic bag, authorities said Friday, but they officially closed their investigation, saying they don't know who killed her. They do know, however, that there was no plastic bag near her body. Brady, 56, and her husband, Steve Brady, 58, a long-time attorney for the Florida Department of Law Enforcement, were found dead Sept. 22. Police quickly determined that he shot himself in the head. The gun was still in his hand. But they spent months trying to determine how Pamela Brady died and who killed her. They may never know. The Volusia County Medical Examiner closed its case file, saying it could not say whether she was the victim of a suicide or homicide. Her brother-in-law, Hal Roberts, told police that family members were sure that Steve Brady killed her, according to a police report... A check of the couple's home computer found that someone had done a Google search for "suicide suffocation plastic bag" three days before the couple's bodies were found, but it was not clear who did the search. More checking on that same computer showed that every piece of information about Internet searches on the account used by Steve had been wiped clean. Police found a suicide note on the couple's dining room table, but no one had signed it. A police spokeswoman said the agency would release it next week. [Full article here]

REPORT DETAILS NSB COUPLE'S DEATHS
Orlando Sentinel
By Lyda Longa
March 07, 2009
[Excerpts] ...According to friends who socialized with them often, the couple - who did not have children together - seemed content. But people who worked with Pamela Brady at Crystal Lake Elementary School told detectives their friend's demeanor had "changed dramatically" in the last few days she had been to work before her death. One woman also said Pamela Brady told her she had cashed in her life insurance policy and had received a check for $4,000. On Sept. 19, according to the police report, several events transpired that would show things were starting to unravel for Steven and Pamela Brady. That day, Steven Brady met with his lover over drinks and gave her $6,800 so she could find herself an apartment and pay off some of the bills she would be getting from her divorce proceedings. He also told [XXX] that everything would be all right, the report says. Later that afternoon, Pamela Brady [???] got on her home computer and launched the Google search for "suicide suffocation plastic bag," the report states. About an hour after Pamela Brady did her computer search, she and her husband went to an attorney's office and completed their will, police said. That attorney later told investigators that Steven Brady insisted on getting a copy of the documents the same day. Copies of the will and testament were found on the couple's dinner table along with the mutual suicide note, the police report says. Two plastic bags also were found in a trash can in the house. The bags were analyzed and they contained Pamela Brady's DNA. It's not clear whether Steven Brady killed his wife, then removed the bags from her head or if Pamela Brady killed herself and he removed the bags afterward. Investigators also found several items on the table that showed the Bradys [plural???] had planned their exit and wanted to make sure their affairs were in order, down to the last detail. Among the house and car keys, credit cards and Pamela Brady's school ID and work folders, detectives also found the name of the locksmith who installed the deadbolts at the Brady house. That was in case police came looking for them and the locks were damaged when they broke in. [Full article here]
on 3/15/2009