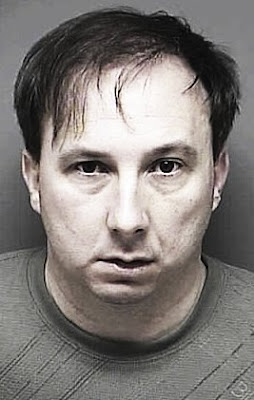 Department spokesman:
“I’ve never heard of anything like this… it comes as quite a surprise.”
DENTON POLICE OFFICER ARRESTED AFTER REPORTEDLY PUNCHING BOYFRIEND IN FACE
Denton Record-Chronicle
By Candace Carlisle
ccarlisle@dentonrc.com
March 29, 2009
[Excerpts] A Denton police officer was arrested Saturday morning after his boyfriend said the officer punched him in the face, a Denton County sheriff's spokesman said. Officer Todd Kidwell, 39, was charged with assault causes bodily injury, family violence, a Class A misdemeanor... Along with the sheriff’s office investigation, the Denton Police Department will conduct its own internal investigation, said Denton police Capt. Lenn Carter, a spokesman for the department. “The incident is being investigated,” Carter said. “What the department is concerned about is if any departmental policies or state law was broken. As far as his personal life is concerned, that is a private matter unless the behavior crosses those two policy or law lines”... Kidwell has been with the Denton Police Department for 19 years... “I’ve never heard of anything like this…it comes as quite a surprise,” Carter said. According to the State Bar of Texas Web site, the penalty for the misdemeanor is confinement in jail for up to one year and a fine of up to $4,000... [Full article here]
on 3/30/2009